Sushama to play Draupadi in Nityopuran 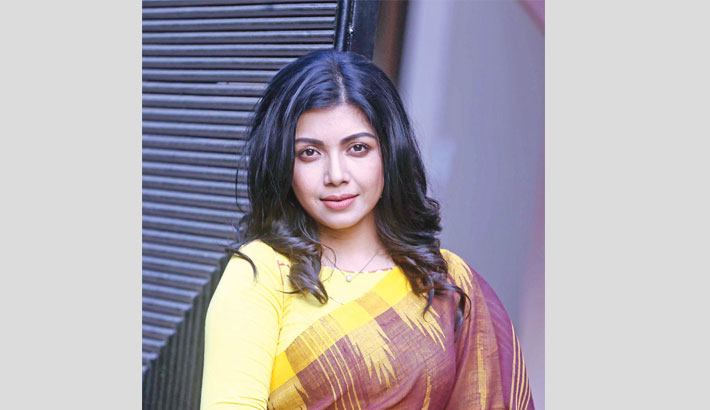 Sushama Sarkar started her career as a theatre artiste and has been involved with theatre troupe ‘Desh Natok’ for a long time. Later, she got popularity on the small screen. Besides acting in TV plays and tele-films, she has also acted in cinemas.

Her some notable theatre plays are—Jonome Jonamantor, Nityopuran and Birsha Kabbo. In the meantime 101th stage show of Nityopuran has been held.  And its 102nd show will be held on October 5 on the occasion of Durga Puja. Nityopuran is written and directed by Masum Reza. Sushama will portray the character of Draupadi.

She said, “Durga Puja is the biggest festival of Hindu religion. I am very excited that I will perform in the stage on this special occasion. I am eagerly waiting for it.”

On the other hand, Sushama acted the daily soap ‘Bhalobashar Alo-Adhar’ is being aired on Deepto TV regularly. She got applauses from the audience for portraying the character Nandini in the serial. Her other ongoing drama serial are—Full HD, Golpogulo Amader and Shantipurite Oshanti.

Apart from plays Sushama starrer movie ‘Shap Ludu’ will hit the theater on October 27.  This movie is directed by Golam Sohrab Dodul.  She is currently busy filming Noim Imtiaz Neamul directed Jam and she has completed the shooting of the movies Peyarar Subash and Gor.