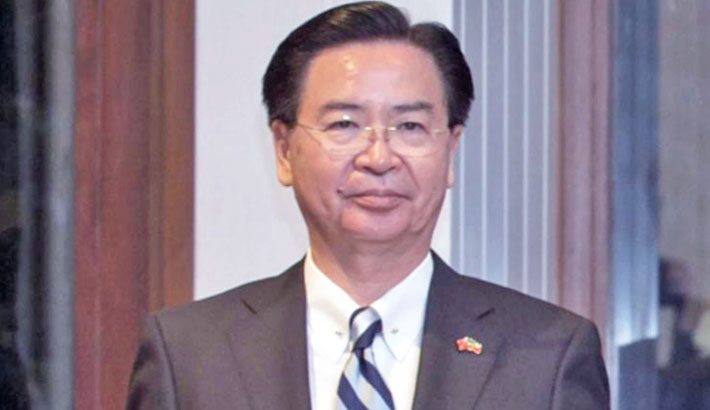 TAIPEI: Taiwan severed ties with the Solomon Islands on Monday after learning the Pacific nation was switching diplomatic recognition to China, as Taipei accused Beijing of using “dollar diplomacy” to buy off its few remaining allies, reports AFP.

The switch is a major coup for Beijing just weeks before it celebrates the 70th anniversary of the founding of the People’s Republic of China.

And it leaves Taiwan more isolated than ever with just 16 nations left that recognise it. Taiwan’s foreign minister Joseph Wu said Taipei had learned that the cabinet of Solomons Prime Minister Manasseh Sogavare had made the decision to recognise Beijing earlier Monday.

“The government hereby declares the termination of diplomatic relations with the Solomon Islands with immediate effect,” Wu said, adding Taiwanese diplomats were being withdrawn from Honiara and that Solomons envoys would be expected to do the same. “The government of China has once again resorted to dollar diplomacy and false promises of large amounts of foreign assistance to buy off a small number of politicians,” Wu added.

Sogavare, who governs through a coalition after an April election, had been under intense pressure from parliamentary colleagues who saw little benefit in staying with the shrinking band of nations that officially recognise Taipei.

He had publicly said China was seen as more likely to provide significant infrastructure funding to the impoverished nation, where less than 50 percent of the population have access to electricity.

He also said switching to China would give the Solomons greater leverage over traditional regional powers, citing Fiji, which shrugged off sanctions imposed by Australia and New Zealand following a 2006 military coup by boosting relations with China.

Taiwan has been a de facto sovereign nation since the end of a civil war in 1949, but China still views the island as its territory and has vowed to seize it—by force if necessary.

Over the decades, as China’s economic and military power has grown, most countries, including the United States and most Western nations, switched recognition to Beijing.

In the last decade only a handful of nations remained loyal to Taiwan, largely in Latin America and the Pacific.

But Beijing stepped up its campaign to diplomatically isolate Taiwan after Tsai’s 2016 landslide election because she hails from a party that refuses to recognise the idea that the island is part of “one China”.