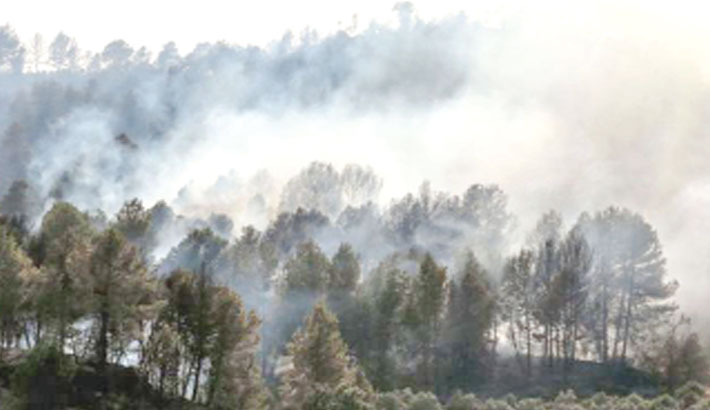 Extreme events linked to climate change, such as the heatwave in Europe this year, are occurring sooner than expected, an ex-chief scientist says.

Prof Sir David King says he’s been scared by the number of extreme events, and he called for the UK to advance its climate targets by 10 years.

But the UN’s weather chief said using words like “scared” could make young people depressed and anxious. Campaigners argue that people won’t act unless they feel fearful.Speaking to the BBC, Prof King, a former chief scientific adviser to the government, said: “It’s appropriate to be scared. We predicted temperatures would rise, but we didn’t foresee these sorts of extreme events we’re getting so soon.”

Several other scientists contacted by the BBC supported his emotive language. The physicist Prof Jo Haigh from Imperial College London said: “David King is right to be scared – I’m scared too.”

“We do the analysis, we think what’s going to happen, then publish in a very scientific way. “Then we have a human response to that… and it is scary.”

Petteri Taalas, who is secretary-general of the World Meteorological Organization (WMO) said he fully supported UN climate goals, but he criticised radical green campaigners for forecasting the end of the world.

It’s the latest chapter in the long debate over how to communicate climate science to the public.

Dr Taalas agrees polar ice is melting faster than expected, but he’s concerned that public fear could lead to paralysis – and also to mental health problems amongst the young.