US woman swallows wedding ring in her sleep 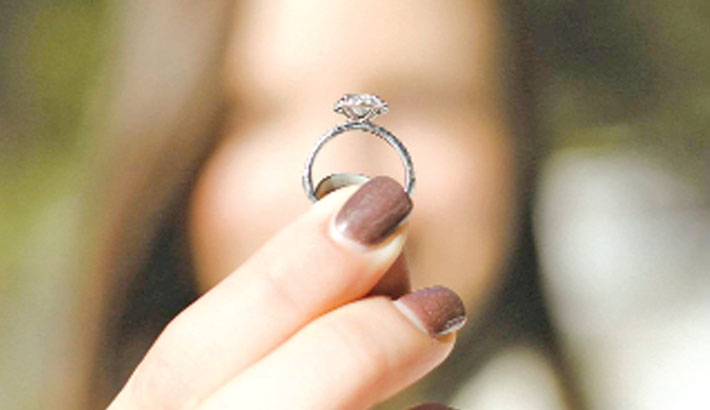 A US woman has undergone surgery after removing and swallowing her engagement ring in her sleep.

Jenna Evans, 29, said she and her fiancée Bobby had been on a speeding train and she was forced to swallow the ring to protect it from “bad guys”, reports BBC. She woke at her home in California to realise the episode had been a dream, but saw her diamond ring was missing. She said she knew exactly what had happened, woke up Bobby to explain, and the couple went to a hospital.Ms Evans said she struggled to recall the situation to medics “because I was laughing/crying so hard”.

An X-ray scan identified the 2.4-carat ring in her stomach, and doctors agreed it would be unwise “to let nature take its course”.

Ms Evans, a San Diego resident, later had a procedure to remove the ring but said she was asked to sign release forms in case of her death.