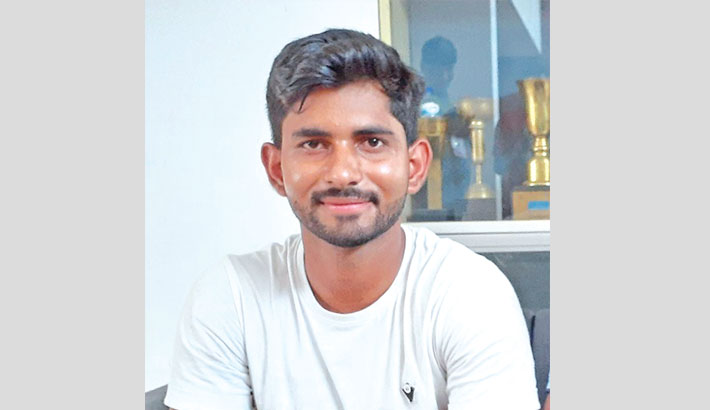 Bangladesh Under-19 National Cricket Team batsman Shamim Patwari said on Sunday that their loss to India in the Under19 Asia Cup final was nothing but shameful.

Bangladesh Under-19 team tasted another heartbreaking defeat when India held the nerve to lift the Youth Asia Cup title, edging them by 5 runs in an adrenaline-pumping final at R Premadasa Stadium in Colombo on Saturday.

The narrow victory gave India the record seventh title of Under-19 Asia Cup, arranged by Asian Cricket Council (ACC). Ever since the Under-19 Asia Cup was launched in 1989, India has reached all but one final and so good their record is that they have never lost a final.

The final in 2012 was a tie with India and Pakistan being declared joint-champions while Afghanistan won the 2017 title, beating Pakistan.

But Bangladesh looked set to rewrite the log books when spirited Bangladeshi youngsters skittled India out for just 106 runs in 32.4 overs.

Standing on the brink of losing the final, Indian youths brought up their A game, led by left-arm spinner Atharva Ankolekar who snared 5 wickets for 28 runs as Bangladesh Under-19 was packed up for 101 runs in 33 overs.

Bangladesh Under-19 lost to India in the recently concluded Tri-nation final as well in England where the young Tigers reached the final at the expense of the host.

“We cannot describe this loss. We always lose the winning matches against India- it is happening regularly now. This is a matter of shame,” Patwari told reporters at BCB Academy Premises on Monday.

“It might be a psychological barrier, maybe it always works in the back of our mind when we take on India in the final,” he said.

Patwari added that losing the game despite the brilliant performance of their bowling unit was even more disappointing as he believes that they just wasted their opportunity to seal a win in the final.

“We thought we could do something well, finish the match well. But that did not happen in the end. We could not execute,” said Patwari.

“I tried. It was my bad that I could not contribute for the team with bat,” he said.

“Our bowlers bowled really well. We were in brilliant touch everywhere. Everything was good,” he added.

Patwari added that some of the decisions by umpire did not go their way indicating the two leg-before wicket decisions that had ruined their chances.

“You have seen it. I hope you understand it better than us. Why does it (wrong decision) happen with us! Every time when we play against India, they make one or two wrong decision, which ends our matches,” he concluded.