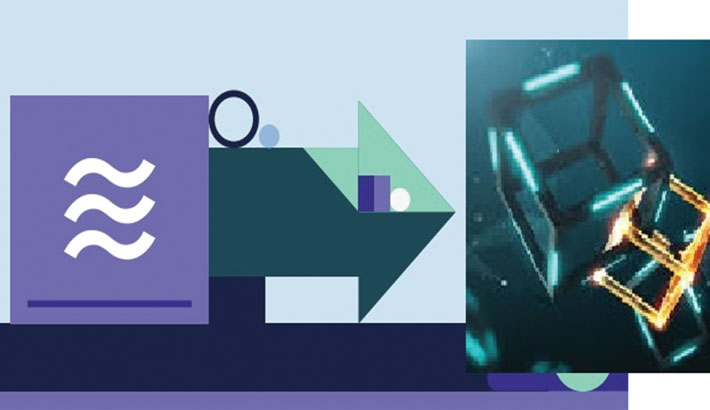 Social networking site Facebook has been working on much-talked-about cryptocurrency called “libra,” which will launch next year.

First, a quick and dirty explanation of what libra is and isn’t: While it is a crypto currency — in short, digital money — it doesn’t have a ton in common with bit coin, the most famous crypto currency.

Bitcoin derives its value from risk and scarcity, and making a profit off it is inherently difficult (in addition to a huge energy suck).

And despite years of fervor about a magical future made possible by the block chain, bitcoin is still basically a niche currency, not widely used for everyday transactions or even peer-to-peer payments.

As crypto trade journal The Block reported earlier this week, Facebook charged at least some of these organizations $10 million to join. Facebook’s lengthy public summary of libra says it will seek a group of at least 100 financial contributors which then also become voting board members in a not-for-profit governing body called the Libra Association.

But because Facebook’s new subsidiary Calibra — which will create the consumer-facing digital wallet and various libra plugins and apps — also gets a vote, Facebook really gets two.

This news has already shaken regulators in Europe and lit up crypto currency subreddits, and will likely be the subject of months of commentary from financial analysts and the various watchdogs currently thinking about the scale of Facebook’s global power.

Facebook says its motivation for making libra is primarily as a service to the developing world and the parts of the developed world where it’s difficult to access a bank. “People with less money pay more for financial services,” the overview reads. “Hard-earned income is eroded by fees, from remittances and wire costs to overdraft and ATM charges.

Payday loans can charge annualized interest rates of 400 percent or more, and finance charges can be as high as $30 just to borrow $100.” The goal is “financial inclusion” on a global scale, subsidized by Facebook’s might and its enormous user base.

While using libra as your primary form of currency obviously still requires access to a smartphone or computer — something that not everyone has — the Pew Research Center recently estimated that more than 5 billion people worldwide now own some kind of mobile device, with numbers growing especially quickly among the younger populations of developing countries.

The US likely won’t be part of the equation at first. Though initial guesses suggested that libra might launch in India, where more than 200 million people already use Facebook-owned WhatsApp, TechCrunch has since reported that this will not be the case.

Facebook wants libra to one day be a go-to payment option for both online and offline purchases, as well as for sending money among family members and friends — in every country in the world. The digital currency would convert easily in and out of any other currency, with very low conversion and transaction fees.

Calibra’s vice president of product Kevin Weill (formerly head of product at Twitter and Instagram) told The Verge’s Nick Statt that Calibra will start off in Facebook Messenger and WhatsApp, then move into standalone apps.

Through Calibra, libra would also be used to perform most of the functions of a financial institution, including hosting bank accounts, administering loans and credit, and connecting to Calibra-branded ATMs.

Calibra could then serve the same function in a typical person’s life as do a combination of Western Union, Venmo, their checking account, and (for many purposes) cash. It would be different from paying someone back through the payment system Facebook Messenger already has, because you’d be seamlessly transferring a secure digital currency, not sending over information to later be processed by a bank and spit out in dollars.

“If [l]ibra succeeds, it could represent one of the most consequential products Facebook has ever released — both for the company and for the world,” Statt writes. “It could offer a compelling alternative to the existing banking system, particularly for people in developing nations. It could also make Facebook inextricable from its users’ lives.”

This won’t happen immediately, obviously. And The Verge’s Casey Newton pointed out Monday that it might not happen at all, writing, “Or is it more like that time that Facebook gave everyone facebook.com email addresses, and then no one used them, and they were quietly forgotten?”

Facebook is trying to nip this one in the bud with a section on the Calibra website that says that customer account information and financial data “will not be used to improve ad targeting on the Facebook family of products.”

The libra mission statement includes a bulleted list of core “beliefs” shared by its various participants, including, “We believe that global, open, instant, and low-cost movement of money will create immense economic opportunity and more commerce across the world.”

Facebook cryptocurrency Head David Marcus also referred to the project as “a new decentralized form of government” in an interview with The Verge.

It’s a good reminder that we haven’t answered one big question yet: What’s in this for Facebook? The company is not going to be charging the transaction fees that competitors charge — which would make them a big chunk of change — so money is not, first or foremost, the goal.

New York magazine’s Read, who has been writing for the last several years about Facebook’s strange government-like ambitions to provide global infrastructure, wrote Tuesday that Facebook isn’t actually competing with credit card companies or payment platforms, but rather global superpowers of the more traditional sort.