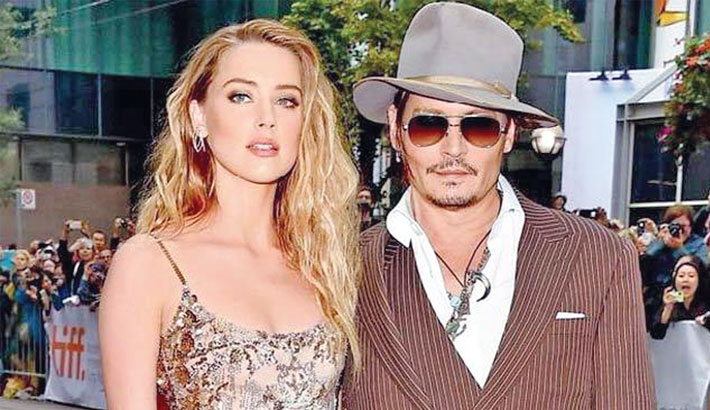 Superstar Johnny Depp, who was recently found defending his recent advertisement with luxury fashion and beauty brand Dior has refused to turn over records related to his arrests and drug and alcohol treatment to his ex-wife Amber Heard.

According to Fox News, Heard had asked for it in order to present the records as part of her defence in his USD 50 million defamation suit. The ace actor filed the lawsuit after his ex-wife wrote a news article in March, mentioning herself as a victim of domestic violence.

Depp went on to filing the lawsuit, even when the 'Aquaman' actor did not mention his name because the incident cost him a part in an upcoming 'Pirates of the Caribbean' series. As per the details obtained by Deadline, Amber Heard asked the court for materials related to actor's "drug and alcohol abuse," "incidents of domestic violence and abuse" and, the most sensitive documents related to any of past arrests. "Mr Depp cannot seek to litigate the truth of Ms Heard's allegations about his violent and abusive behaviour while intoxicated, insist on proceeding without a protective order, and then blithely refuse to produce evidence that confirms the truth of those allegations on grounds of relevance and 'privacy,'" said Heard's lawyer in the documents.

"In Mr Depp's self-serving view, his privacy justifies denying discovery essential to Ms Heard's defence, but somehow does not justify the entry of standard protective order," said the document. The 'Drive Angry' has hired Roberta Kaplan, the co-founder of the Time's Up Legal Defense Fund. She strongly believed that presenting a judge with the evidence of her assertions not being baseless will contribute towards defeating the defamation case. As a result, they demanded a judge for the documents related to Depp's substance abuse.

"Now her new #Timesup lawyers try to thread a difficult needle -- desperately fight to get the case dismissed out of court for the 3rd time, sweep the unambiguous testimonial evidence of her crimes under seal to hide it from the public and embolden her (curiously silent) hoax-enablers, and smear Johnny Depp with additional false innuendo. All while arguing the abuse defamation she inflicted on Johnny Depp was somehow not about Johnny Depp," added Waldman.