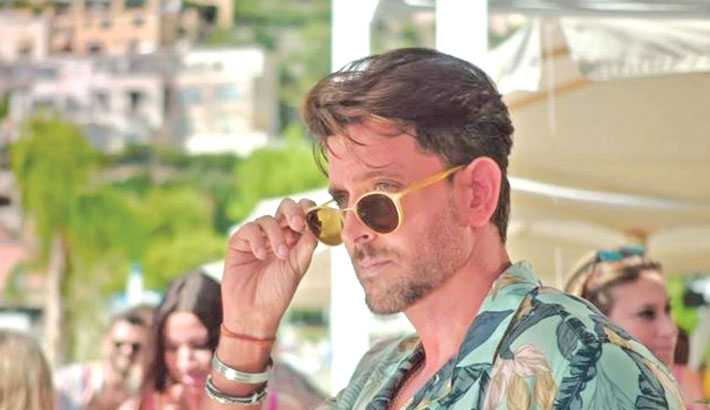 Actor Hrithik Roshan is currently busy with the promotions of his upcoming film, War. The actor has performed some gravity defying action scenes in the thriller along with a dance number, Ghungroo in the film and he has now said that ease is the most difficult thing to achieve in dance, reports Hindustan Times.

“Ease is the most difficult thing to achieve in dance when you are not seen making an effort,” he said. Hrithik Roshan is named among the best dancers in Bollywood. He is seen dancing effortlessly in the song that also features the female lead, Vaani Kapoor. Ghungroo is also said to be the first-ever song to have been shot on the Amalfi Coast which is considered as the most expensive destinations in the world. Shot in some really exquisite locations, the song exudes holiday vibes with Hrithik flaunting his super excellent moves. Crooned by Arijit Singh and Shilpa Rao, the song is composed by Vishal and Shekhar duo while the lyrics are penned by Kumaar.

Hrithik and Tiger are seen engaged in some powerful action scenes and chase sequences in the film trailer. Directed by Siddharth Anand of Bang Bang fame, War is set to release on October 2.

War chronicles the story of an Indian soldier, Khalid (Tiger), who is assigned to eliminate a senior agent and his mentor Kabir (Hrithik) as he has gone rogue. Talking about the film, Siddharth had told PTI in an interview, “The first choice was Hrithik because we share a great equation. Post Bang Bang!, I’ve been writing something for him. Fortunately for me, he loved the script. I knew, if Hrithik is in the film, the protege can be no one else but Tiger.”

He added, “If Tiger hadn’t done the film, it would be tough for me to make this film. I may have just scrapped the idea to rewrite something else. There is nobody who could replace Tiger in the film.”