Old enemies in Amazon unite to save their land 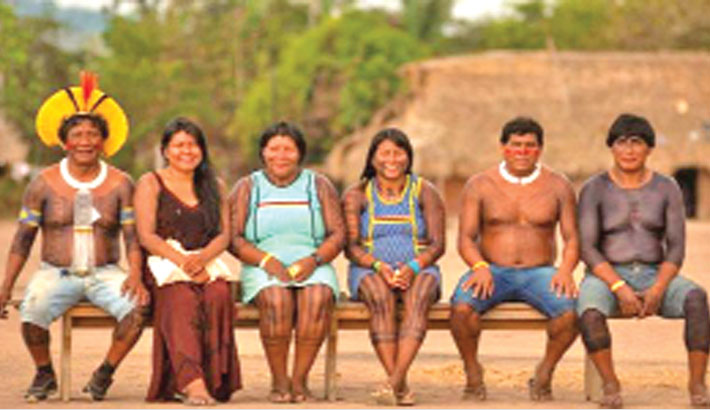 While the world’s attention has been focused on the fires raging in the Amazon rainforest in Brazil, indigenous people living there have warned that the policies of President Jair Bolsonaro pose a bigger threat to their existence.

Rival groups have now come together to fight the government’s plans for the region that is their home, as BBC News Brasil’s João Fellet reports from the Amazon village of Kubenkokre.

Dozens of indigenous people gathered in this remote part of northern Brazil last month after travelling for days by bus and boat. The meeting brought together formerly sworn enemies such as the Kayapó and the Panará.

The two groups were at war for decades, raiding each other’s villages in tit-for-tat attacks. The warring came to a brutal end in 1968, when an attack by the Kayapó, who came armed with guns, left 26 Panará, who only had arrows to defend themselves, dead.

Tensions remained high for years but according to those gathered in Kubenkokre, the two sides have now overcome their animosity for a greater goal.

“Today, we have only one enemy, the government of Brazil, the president of Brazil, and those invading [indigenous territories],” Kayapó leader Mudjire explained.