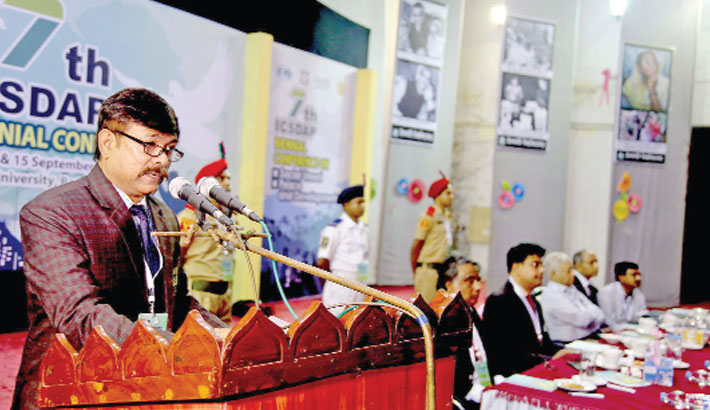 KUSHTIA: The 7th Biennial Conference of the International Consortium for Social Development Asia-Pacific (ICSDAP) on ‘social unrest, peace and development’ started at Islamic University (IU) in Kushtia on Saturday.

Around five hundred participators from home and abroad took part in the conference.

Addressing the conference, the speakers said that the social unrest is demonstration of a group of people when they are not satisfied with existing issue or issues.

To reduce social unrest, people should encourage tolerance, they said.