Govt to form body to find out problems in power, gas supply 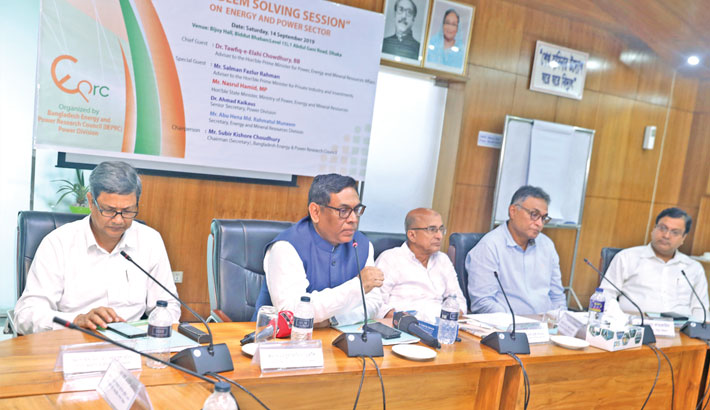 The government is likely to form a committee to find out the problems causing disruption of uninterrupted power supply as well as natural gas to RMG and other industrial units.

The Ministry of Power and Energy has taken the decision to form the committee at a workshop organised by the Bangladesh Energy and Power Research Council at Biddut Bhaban yesterday.

Businesses at the workshop alleged that they are getting natural gas only 16 hours a day. Besides, they faced gas supply shortfall for eight hours daily, they alleged.

The uninterrupted supply of electricity is a night mare in industrial units, they also informed to top policymakers at the power ministry.

Leaders of Bangladesh Textiles Mills Association (BTMA) presented a keynote paper about the textile sector lagging far behind the competitiveness in the international market due to power and energy shortfall.

State minister for power Nasrul Hamid, at the meeting, said the government is committed to solve the problem of uninterrupted power and gas supply to industrial units. He said factories are not getting  proper supply of power and gas despite having the capacity to produce surplus power.

He further said that a committee will be formed to find out a solution because businessmen have been complaining for a long over the issue. The committee will be formed comprising with public and private sector representatives, he added.  The minister reiterated that the government is committed to ensure uninterrupted power in planned industrial units.

Prime Minister's Energy Adviser Dr Tawfiq-e-Elahi Chowdhury, said every distribution companies should have a happiness desk as consumers have to complain on it. He said country’s industrial units will be expanded their capacity to address the problem in power and energy sector.