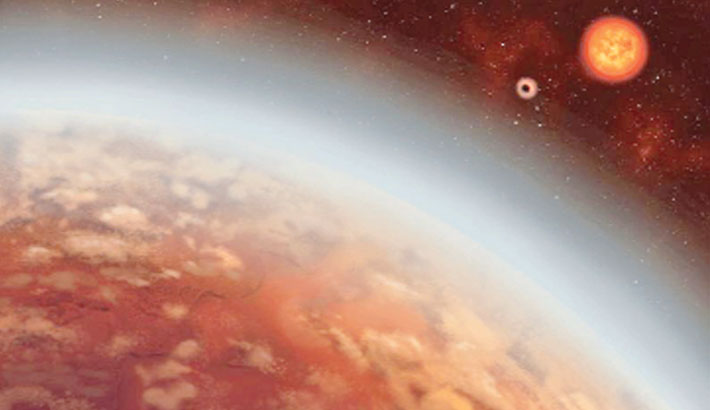 PARIS: Water has been discovered for the first time in the atmosphere of an exoplanet with Earth-like temperatures that could support life as we know it, scientists revealed Wednesday, reports AFP.

Eight times the mass of Earth and twice as big, K2-18b orbits in its star’s “habitable zone” at a distance — neither too far nor too close — where water can exist in liquid form, they reported in the journal Nature Astronomy.    “This planet is the best candidate we have outside our solar system” in the search for signs of life, co-author Giovanna Tinetti, an astronomer at University College London, told AFP.

“We cannot assume that it has oceans on the surface but it is a real possibility.”

Of the more than 4,000 exoplanets detected to date, this is the first known to combine a rocky surface and an atmosphere with water.

Most exoplanets with atmospheres are giant balls of gas, and the handful of rocky planets for which data is available seem to have no atmosphere at all.