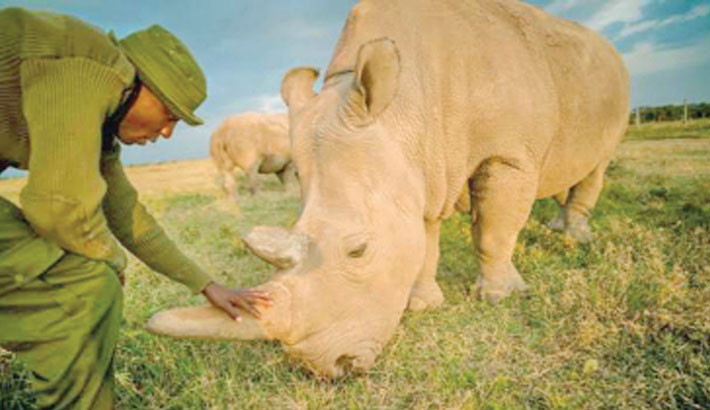 ROME: Conservationists have successfully created two northern white rhino embryos in a key step towards pulling the species back from the brink of extinction, scientists in Italy said Wednesday, reports AFP.

There are only two survivors in the world, and both are female and unable to carry calves. The last male, named Sudan, died at the Ol Pejeta Conservancy in Kenya last year, making scientists the majestic animals’ last chance. Using eggs harvested from the females and frozen sperm from deceased males, a team in Cremona in Italy has been able to create two viable embryos, according to the BioRescue international consortium of scientists.

Najin, 30, and daughter Fatu, 19, are the last of the subspecies of white rhino, and live under 24-hour armed guard.

Neither is able to carry a calf. Fatu has degenerative lesions in her uterus and Najin has weak hind legs which could cause complications if she fell pregnant.