Rohingya Alokchitro By Md. Sanaul Haque: A Grim Reflection Of Persecution Of Rohingyas 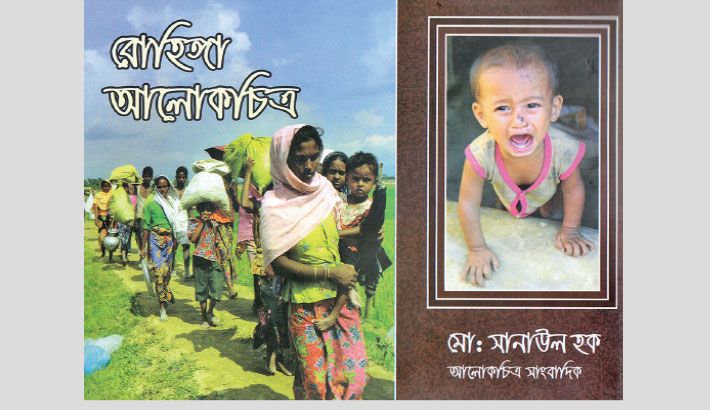 Photos are the most powerful way to know about history and historical moment. A photojournalist captures the genuine picture which tells us the authentic story of a past incident. Md. Sanaul Haque, a photographer based in Bangladesh, has pulled off this tough job so effortlessly in his book Rohingya Alokchitro. This is a pictorial book. In this book, some photos are displayed which were captured during the Rohingya influx in Bangladesh. Rohingya issue is not only a problem of Bangladesh but also an international problem which must be solved with the help of international community. 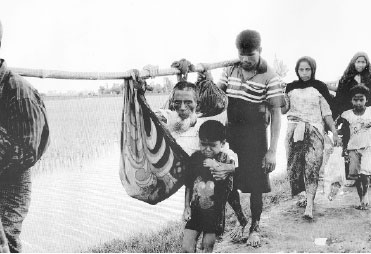 This book would be preserved as a document of the horrific historic moment of mankind when thousands of Rohingyas fled to Bangladesh due to its atrocities, gross human rights violations, crimes against humanity and staggering brutality of the Myanmar security forces against ethnic Rohingya Muslims.

A picture can say a thousand words. Every photograph in this pictorial book says a story. It evokes the feeling of despair by the refugees. A Rohingya family is seen in one of the pictures fleeing from Myanmar. What is different in this picture is the fact that the father, a very aged and thin man, is tied to a bamboo with cloth and carried away by his family from the horrors committed in Myanmar. Some pictures show how the Rohingya children are deprived of their childhood. Some are seen carrying relief for their family while others are seen sitting around, looking despondent. Some pictures share the lifestyle of the people in Rohingya camps - mostly women and children. Though they sit comfortably in these camps, there is no smile on their faces. The horrors of the recent past are still evident in their dark eyes. This book is an excellent way to preserve history so that the true horrors of the oppressors never get washed away with the passage of time and these people can get proper justice and go back to their motherland. 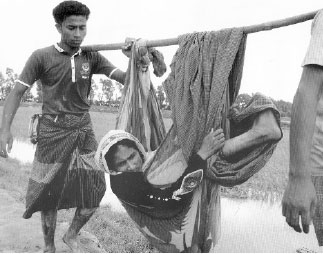 It is mentionable that Md. Sanaul Haque is a renowned photographer of Bangladesh, who has covered wide ranges of issues including political upheavals, natural disasters, climate changes and many other national and international crises. Born on July 6, 1970 in Dhaka, Sanaul worked in several local newspapers including ‘Daily Dinkal’, ‘The Independent’, ‘Janakantha’ and ‘New Age’. He left New Age as chief photo journalist in April 2018 to pursue other ambitions. During his career as a freelance photographer and journalist spanning over two-and-half decade, Sanaul gained huge experience which enriched his works. His experiences include covering the exodus of Rohingya refugees from Myanmar to Bangladesh in 2017, a crisis that drew the attention globally. Father of two loving kids, Sanaul also covered many sporting events including cricket World Cups and host of bilateral series involving Bangladesh national cricket team.