France, Portugal back on track 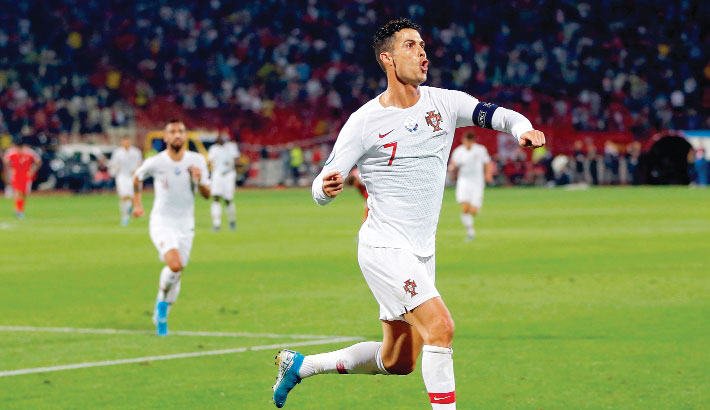 Portugal forward Cristiano Ronaldo celebrates after scoring during their EURO 2020 qualification match against Serbia in Belgrade on Saturday. Portugal won 4-2.

France and Portugal got their Euro 2020 qualification campaigns back on track with impressive wins over Balkan pair Albania and Serbia that boosted the world and European champions chances of making next summer’s tournament.

France moved back top of Group H with a 4-1 thumping of Albania thanks to a Kingsley Coman’s first international goals in more than three years and further strikes from Olivier Giroud and substitute Jonathan Ikone at the Stade de France. 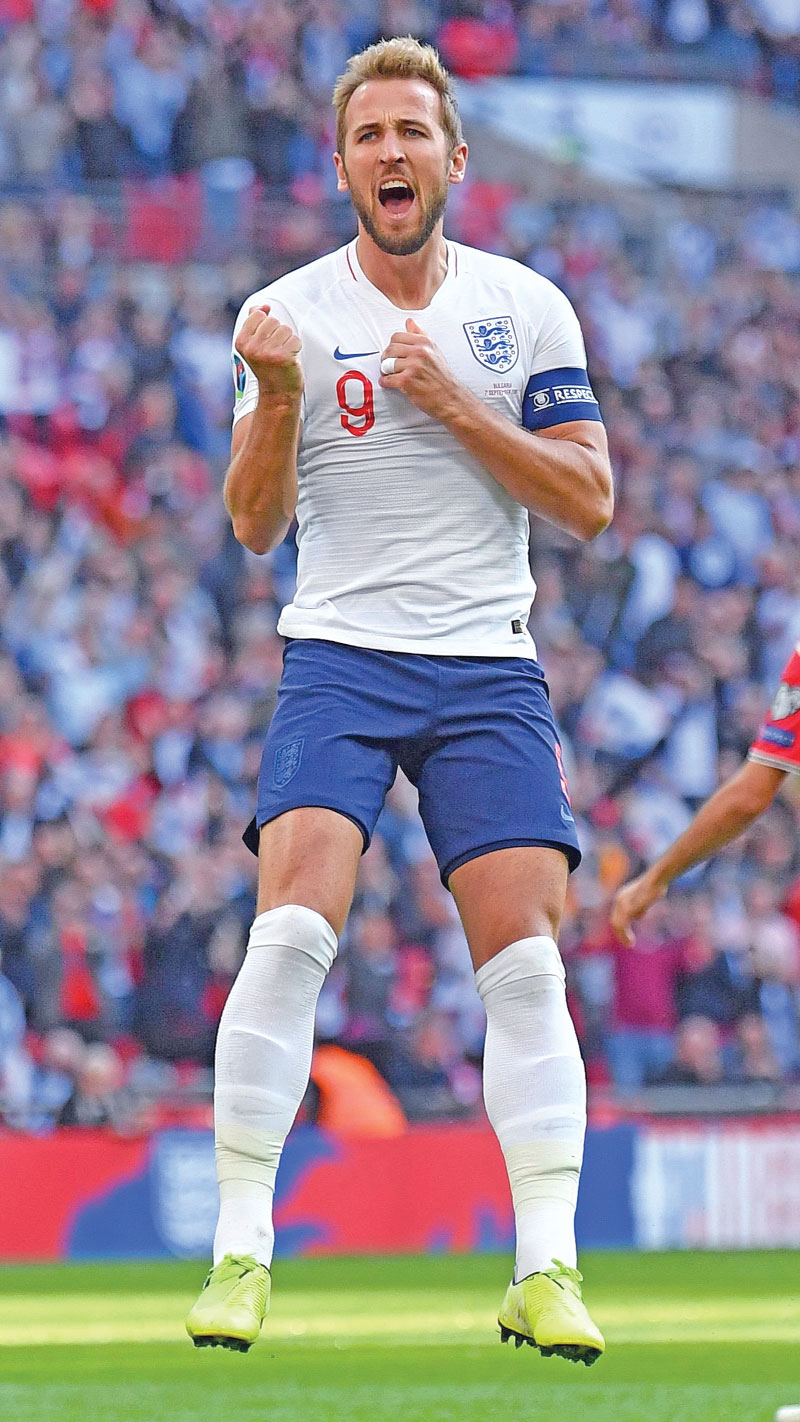 Iceland briefly led the standings after beating Moldova 3-0 earlier in the day, but were joined on 12 points by Didier Deschamps side and Turkey, who needed a last minute Ozan Tufan strike to edge Andorra 1-0, with the French on top on goal difference.

“The balance sheet is very positive. We could have won by more,” said Deschamps.

“We did what we had to do, even if we relaxed a bit at the end.”

The easy win was a good end to a night that started off in bizarre fashion, with the match kicking off late after the hosts mistakenly played the Andorran anthem, leading to the bemused Albanian players refusing to play until the right tune was played.

“It was a big thing. The players said they wouldn’t start without the right anthem,” said Albania’s Italian coach Edoardo Reja.

Portugal meanwhile are second in Group B on five points from three games after they also struck four times in Belgrade, with William Carvalho, Goncalo Guedes, Cristiano Ronaldo and Bernardo Silva giving Fernando Santos’ side a 4-2 victory that was also their first win of the qualifying campaign.

They are eight points behind leaders Ukraine, who top the group unbeaten having played five times after their 3-0 drubbing of Lithuania.

Kane has now scored 25 goals in 40 England appearances after a 25th-minute tap-in and two second half penalties which keep his side top of Group A with nine points from three matches, a point ahead of Kosovo who stunned the Czech Republic with a 2-1 win.

Captain Kane also laid on Raheem Sterling for his strike 10 minutes after the break, highlighting his ability beyond just goalscoring.