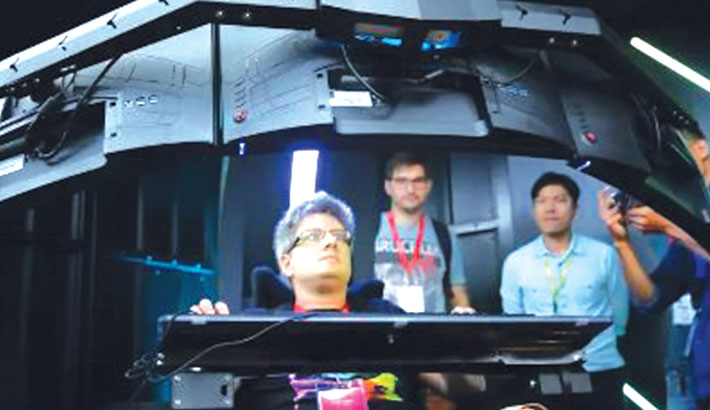 Each year in September, major tech companies around the world would gather in Berlin to show off the latest products at IFA (Internationale Funkausstellung Berlin) , the biggest tech show in Europe.

The trade show is a yearly preview of the latest gadgets and technologies that will hit retail shelves over the next 12 months.

Motorola to LG had announced a slew of existing products and announcements. This year’s show opened to the public from Friday, September 6 and will close on Wednesday, September 11. Here’s a list of products that were announced at IFA 2019, according to Indian Express.

At IFA 2019, Huawei announced its custom Kirin 990 chipset with an integrated 5G modem. The SoC is produced on a 7nm FF+ EUV process and has 10.3 billion transistors on board. This new chipset will compete with the Samsung Exynos 980.

However, the Exynos 980 is aimed at mid-range smartphones. The Kirin 990, on the other hand, will power Huawei’s upcoming Mate 30 and Mate 30 Pro flagship smartphones. Both smartphones are due for launch on September 19 in Munich, Germany.

Huawei is launching the new “P30 Pro” with a Pixel-esque two-tone colour finish, in either blue or lavener, as well as Android 10 out of the box. Everyone is aware that Huawei can’t launch smartphones with Google-certified Android, so the arrival of the revamped P30 Pro was a clever move to skirt the US ban.

The redesigned P30 Pro has a new exterior with a textured glass effect and is available in interesting colour options: Mystic Blue or Misty Lavender. The specifications remain unchanged with the Kirin 980 processor, 8GB RAN, four rear-facing cameras, and 128GB of storage. The phone runs on EMUI 10, which is based on Android 10.

The third-generation Earbuds have an open-air design and will provide a 15-decibel reduction in ambient noise. A Type-C connector is there to charge the case and earphones. Huawei claims four hours of battery life from the earbuds before needing them to be charged. With the case included, you get roughly 20 hours of battery between charges.

The Freebuds 3 also supports wireless charging. As for the sound quality, Huawei has included a large 14mm driver, which results in loud, bass-rich sound.

Qualcomm wants 5G to be not limited to only high-end, flagship smartphones. So at this year’s IFA in Berlin, it announced that multiple tiers of Snapdragon processors will support 5G.

According to the San Diago-based chipset giant, chipsets in the Snapdragon 8, 7 and 6 series will all support 5G, the next generation of wireless networks. At the press conference, Qualcomm said that 12 OEMs, including Oppo, Redmi, Realme, Vivo, Motorola, HMD Global and LG plan to use 5G-supported Snapdragon 7 Series mobile platform.

Smartphones with the integrated Snapdragon 7 Series 5G processor will launch in the fourth quarter of 2019. Meanwhile, smartphones with 5G Snapdragon 6 series will be commercially available in the second half of 2020.

Motorola One Zoom is here, and it sports not two, three but four cameras on the back. Yes, this is a camera-centric smartphone. The setup includes a 48MP main sensor, a 16MP wide-angle camera, an 8MP telephoto cameras with 3x zoom and a 5MP depth camera.

Plus, it has a dedicated Night Vision mode and optical image stabilization for perfect night shots. Available in brushed bronze and cosmic purple, the handset has a rounded body, and a rear logo that doubles as a notification light. The phone’s specs are decent for the price. It comes with a 6.39-inch FHD+ OLED screen, a Snapdragon 675 processor, 4GB RAM, 128GB storage, a 4000mAh battery, and a headphone jack.

And yes, Motorola One Zoom even has a in-display fingerprint scanner. At $449, Motorola could be eyeing a comeback in the premium mid-range segment with the One Zoom. The smartphone is expected to launch in India on September 16

LG G8x ThinQ is the company’s latest smartphone with a dual display. No, the display does not fold like the Galaxy Fold or Huawei Mate X. Instead, the phone adds another screen via a snap-on case. This is LG’s take on how the foldable phone should look like.

The idea is to improved multitasking on the smartphone, as well as a gaming experience. Otherwise, the G8x ThinQ is similar to the G8 ThinQ. It features a 6.4-inch OLED screen, a Snapdragon 855 processor, 6GB RAM, 128GB storage, an in-display fingerprint scanner, dual rear-facing cameras, and a bigger 4,000mAh battery.