McAvoy was always a proponent of equal pay: Jessicab 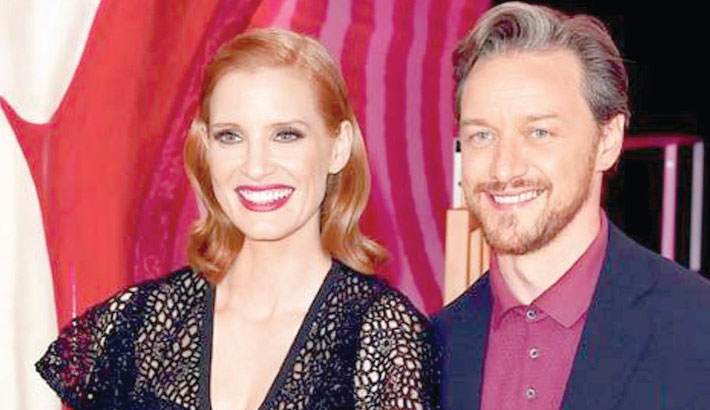 Jessica Chastain praised her It: Chapter Two co-star James McAvoy for supporting equal pay even before it became a raging topic of discussion post #MeToo and Time's Up movements. Chastain, 42, who has been a vocal advocate of gender equality, said McAvoy endorsed the idea even before it became cool.

"Before the #MeToo and Time's Up movement, James McAvoy was always a proponent of equal pay. Even when we did The Disappearance Of Eleanor Rigby (2013), he and I were doing the same amount of work, the same everything, and we got equal pay for that movie. He's always been a proponent of that.

He has posted about it on his Instagram before it was the cool thing to do. He's an incredible human being," Chastain told in an interview. The actor said she is happy that people are finally talking about gender equality in Hollywood and it has given her hope for the future.

"I've been talking about it since 2012, when I did Zero Dark Thirty. I'm sure, certain people think I don't talk about anything else, but it's exciting to see that it doesn't feel like a taboo subject anymore." She further adds, "For the longest time women were afraid to say they were feminists. I love the fact that I know lots of young women coming out and saying it—and there's no problem with it."