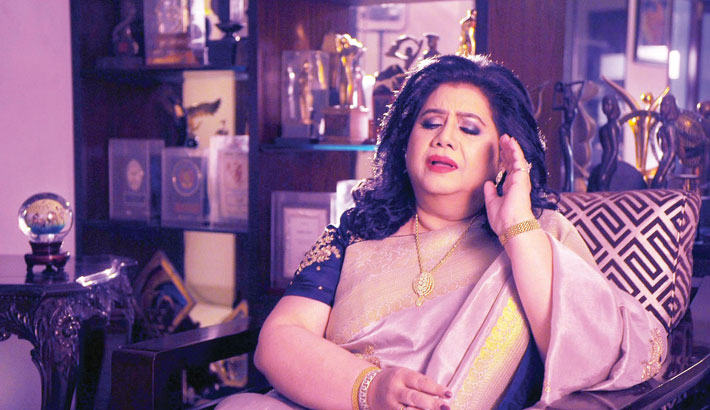 One of the most prominent singers of the subcontinent, Runa Laila, has enthralled her audience for decades through her magical voice. The melody queen is now coming up with her new musical project. She will be feature in a music video.

The song ‘Fearate Parini’ has been written by Kabir Bakul and composed by the singer herself. UK-based music director Raja Kaasheff arranged the music. Recording of the song completed few months earlier while shooting of the video has been done recently.

Under the banner of Dhruba Music Station, talented director Shahriar Polok has been directed the music video.

About her new venture Runa Laila said, “Fearate Parini is my own composition and I have lent my voice over it too. This is my first music video where I have composed the tune and sung also. In addition, Polok has made the video with immense care with big arrangement. I also want to thank Dhruba Guha. Because of his initiative and earnest effort all this happened. I am very hopeful about the video.”

Dhruba Guha, head of Dhruba Music Station also expressed his feelings, “Runa Laila is the legendary singer of our subcontinent. She is our pride. I am very happy to working with her. I pay my heartiest thanks to her.”