Serena to meet teen Andreescu in US Open final 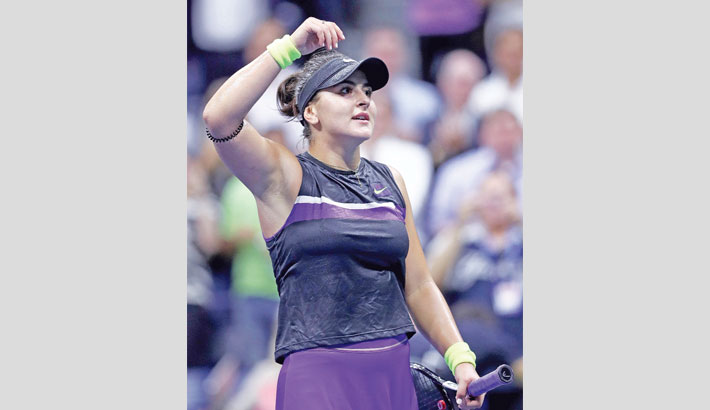 Serena Williams will face Canadian teenager Bianca Andreescu for the US Open title as the American set herself up for another attempt to clinch a record-equaling 24th Grand Slam singles title.

Williams, who turns 38 this month, cruised into a 10th US Open final Thursday by brushing aside fifth seed Elina Svitolina 6-3, 6-1, earning her 101st win at the tournament to draw level with Chris Evert for the most in history.

Williams is seeking to match Margaret Court’s all-time record of 24 major titles and will play 19-year-old Andreescu, who defeated Belinda Bencic 7-6 (7/3), 7-5, on Saturday in her bid for a record seventh US Open triumph.

“To be in yet another final, it seems honestly crazy. But I don’t really expect too much less,” said Williams, who is through to her 33rd major final.

Meanwhile, Bencic won’t become the first Swiss woman to win a Grand Slam title in 20 years at the US Open, but she adopted a positive outlook after a tough loss.

Canadian teen Bianca Andreescu won the last five games to defeat Bencic 7-6 (7/3), 7-5 in a semi-final Thursday to book a Saturday showdown with 23-time Grand Slam champion Serena for the title.

Bencic quickly took an optimistic attitude after her first Slam semi-final appearance, which ensured her return to the top 10 in the world rankings for the first time since February 2016.

“Very much disappointed. After every loss, you are. That’s no surprise,” Bencic said. “But overall really we talk with the team just now. What we reach here, semi-final, it’s my best result by far. We should definitely not take this for granted and be grateful for that.