Playing in Bangladesh with Afghanistan A benefited me: Qais 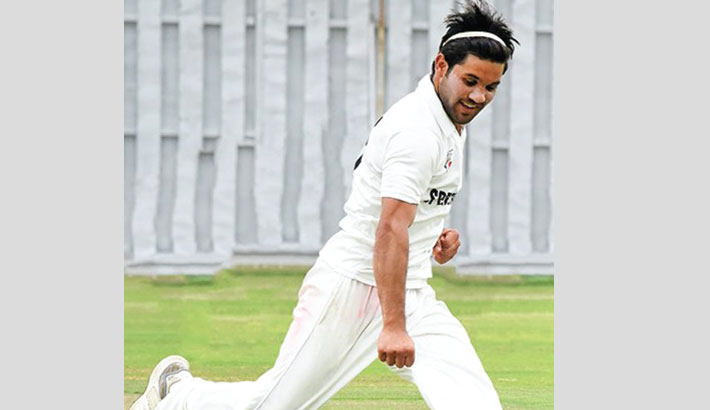 Afghanistan leg-spinner Qais Ahmad believes his experience in playing in Bangladesh soil just two months ago helped him to nicely settle in his debut Test against the hosts.

Qais was the part of Afghanistan A team that toured Bangladesh in last July and the leg-spinner tormented the second string Bangladesh side, comprised with several national players in the four-day game.

His performance earned him the call in national set-up and he made his debut straightway in the side’s one-off Test against Bangladesh.

On his debut match, he bowled just eight overs to take one wicket but his bowling sometimes looked mysterious than his skipper and fellow leg-spinner Rashid Khan.

“I am satisfied with my performance today,” Qais Ahmad said here after the match.

“I had the experience with A team a month ago. It was not easy for anyone to break the ball in this wicket. Though I didn’t get more wickets but I am happy with the way I bowled,” he added.

Qais said that they could have bowled out Bangladesh if a spell of the shower not made the ball wet.

“We believe that we have a chance to win the match. Today the rain favored Bangladeshi batsmen as the ball became wet and it was not easy to turn away. Tomorrow we will have a new ball and that will work for us,” he said.

“At the start of the day, there was not much break. Then it started to break in the middle of the game. Again for the rain, the break was less,” he remarked.

He however admitted that the partnership between Mosaddek Hossain Saikat and Taijul Islam was disturbing for them.

“This last partnership helped Bangladesh really well and they made it together about fifty runs in the wicket. We will try to bowl them early tomorrow morning. We will then start our batting and then will give them a big target,” Qais concluded.