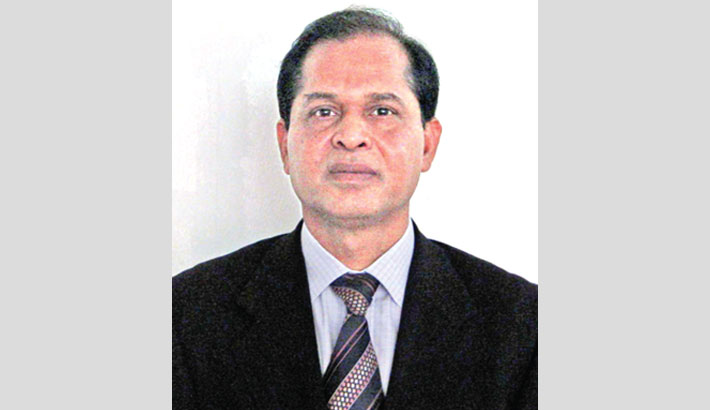 It took a few months to give a final shape to the draft.  Eventually, Dr. S. Subramanium, Malaysian Minister for Human Resources, led a delegation to Bangladesh in September 2012 to finalise the draft MoU. I was also asked by my government to go to Dhaka to attend that meeting. The meeting finalised the MoU and decided that it would be signed in Kuala Lumpur.

Around two weeks after, the Malaysian side, especially the Ministry of Home Affairs, sent us a proposal that another MoU on transnational crime to be signed between the two countries at the same time. Though time was very short, but both sides were able to finalise it just two days before the signing ceremony. Finally, the MoUs on recruitment of our workers and transnational crimes were signed on 26 November 2012 in Kuala Lumpur. Later, during the official visit of Prime Minister Sheikh Hasina to Malaysia, the said MoU had some amendments on 3 December 2014 to include the State of Sarwak for the recruitment of workers from Bangladesh under the same Government to Government (G-2-G) process.

We know that the most important part of the MoU on recruitment of workers from Bangladesh was its recruitment process known as ‘G to G’ system. The idea of an exploitation-free recruitment process of foreign workers came to my mind in 2004 when I was doing my M Phil degree on Bangladeshi migrants working in the GCC countries. Later on, I included that process of recruitment in my book titled ‘Bangladeshi Migrant Workers in the Gulf: Prospects & Future Challenges’. The G to G system was actually formulated on the basis of that exploitation-free recruitment system. I would like to explain here briefly the G to G system for better understanding of our people, who, in fact, are the main stakeholders.

The main theme of the exploitation-free recruitment system or G to G system was to establish a system of employment in which neither a recruiting agency nor a middleman would be able to come in direct touch with a worker. We had the experience that our workers were cheated or exploited at many stages once they were caught by the sub-agents or ‘dalals’ who, in fact, collected our workers from villages and brought them to their respective recruiting agencies in Dhaka. So, once we can ensure that the recruiting agencies have no means or communication to know about the prospective workers, we can be convinced that the workers are safe from the hands of the exploiters. That was the main justification for adoption of the G to G system of recruitment of our workers for Malaysia.

Then, we had to think the most complicated, but practical part of the G to G system, for its implementation. It was really difficult. However, the Malaysian government extended their help in this regard and after thorough discussion, we found the online registration of the workers as a safe process. It was ultimately agreed that the ‘Online Selection’ of this process would be done through a ‘Data Bank’ to be established and maintained by the Bureau of Manpower, Employment and Training (BMET) under the Ministry of Expatriates’ Welfare and Overseas Employment, Bangladesh. That Data Bank would store all required information of the prospective workers.

We know that the data of our workers were collected online and stored in the Data Bank of BMET well before the recruitment started. A worker, staying in any part of Bangladesh, was able to participate in the registration programme conducted by BMET. The serials of the registered workers were automatically arranged in such a way that workers of all districts could avail justified opportunity during recruitment. That means, the serials as well as numbers of registered workers followed the population size of each district, like the district quota fixed by the government for recruitment of non-cadre officials.

The Malaysian employers submitted their demand to the concerned Malaysian authority that had the access to the Data Bank from Kuala Lumpur. After necessary verification, the Malaysian team selected the workers as per demand and notified the list to our Ministry of Expatriates’ Welfare and Overseas Employment through Bangladesh High Commission in Kuala Lumpur. Bangladesh authority, after completion of necessary formalities, such as medical fitness, visa, air passage, etc., sent the selected workers to Kuala Lumpur. Bangladesh High Commission and the respective employers received the workers at the Kuala Lumpur International Airport. Within next few weeks, the employers had to do necessary internal formalities, like medical check-up, work permit, insurance, etc. for their workers.

The MoU also contained a sample ‘Contract of Employment’ to be followed by the employers and workers. I can still recollect some of the terms and conditions of the contract, like (a) working hours would not be more than eight hours for six days a week; (b) overtime would be calculated accordingly; (c) at least eleven days’ paid public holidays; (d) annual leave as per Malaysian law; (e) employer would provide accommodation and transportation to the work place and back; (f) sick leave as per Malaysian law; (g) worker’s visit pass would be renewed by the employer; (h) medical and accident insurance as per Malaysian law; (i) cost of worker’s return passage/repatriation would be borne by the employer; (j) a worker cannot change his employer; (k) employer would not keep the passport of the worker in his custody; etc.

So far I recall, the responsibilities of the two governments and the employer, described in the appendix of the MoU, were like (a) employers were responsible for the payments of security deposit to Malaysian Immigration, processing fee, visit pass or temporary employment, insurance and medical examination; (b) employers would provide copy of the signed contract to the worker as well as to Malaysian Labour department; (c) the Malaysian government would ensure the signing of the contract by the employers and compliance of the laws, regulations and policies of Malaysia by the workers and employers; (d) the Bangladesh government would provide travel document, arrange medical fitness examination at the designated medical centres in Bangladesh, maintain update records of workers and their next of kin as well as the records of the Malaysian employers, organise pre-departure course, etc.