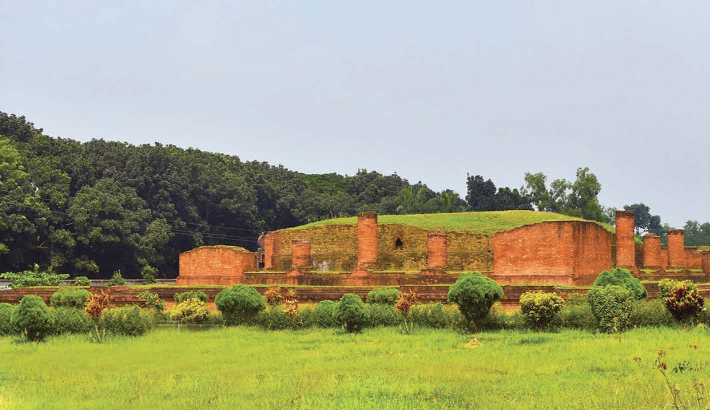 Bangladesh is a heartland of many renowned Buddhist heritage sites. In Bangladesh, some discoveries have been made on Buddhism, which are very significant. Shalban Viahara in Cumilla is one of the most important archaeological discoveries. The discoveries have added substantially to our knowledge of the history and chronology of ancient Bangladesh and various aspects of her Buddhist life and culture.  Shalban Vihara - an important heritage of Bangladesh is located about eight km west of Cumilla town, lies in a range of low hills named Mainamati-Lalmai range. This range is dotted with more than 50 ancient Buddhist settlements dating from 8-12 century AD.

Shalban Vihara is a 7th Century AD archaeological site with 115 monastic cells. It was very vibrant for Buddhist religious activities until 12 century AD. 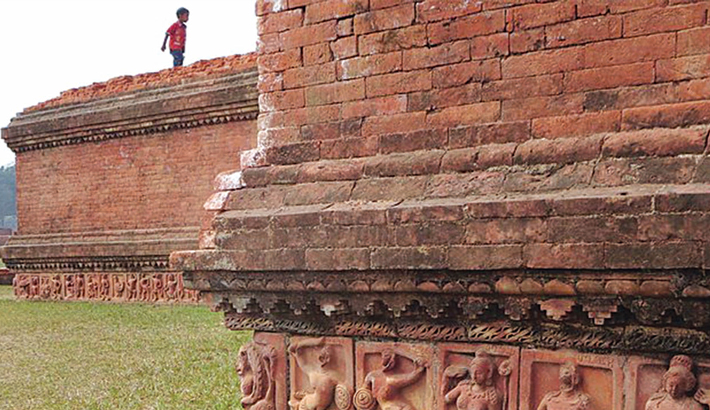 Before 1200 years ago the King Bhava Deva, the fourth ruler of the Early-Deva dynasty built that place on 168 square meters of ground. It was the royal palace for the early Buddhist students. This site, previously called Shalban Rajar Bari, came out after archaeological excavation as a Buddhist monastery and hence termed as Salban Vihara from the terracotta seals and copper plates discovered. Its original name is supposed to have been Bhava Deva Mahavihara after the 4th king of the early Deva dynasty which ruled this region from the mid-7th to mid-8th centuries AD. It was built on the outskirts of Devaparvata, the Samatata capital bordering the Lalambi forest.

Antiquities dug up from Mainamati ridge have established its value as a potential archaeological site. The copper plate inscription of Ranavankamalla Harikaladeva was discovered as early as 1803. In 1875 ruins of what was supposed to be a small ‘brick fort’ was discovered in the Kotbari mound, along with some typical Mainamati terracotta plaques. It was, in fact, another monastery.

Description about Mainamati will remain incomplete if the three marvels recently discovered are not described. Among the discovered - two of metallurgical skill and one of stone sculpture. The stone sculpture is a standing Buddha image discovered in the Rupban Mura excavations. Its uniqueness lies in the fact that this is the only sculpture approximating the classical Gupta Buddha image in Bangladesh, or for that matter, Bengal as a whole. The other two marvels are a bronze colossal Vajrasattva image discovered in the ruins of Bhoja Vihara in 1994 and a huge bell found at Rupban Kanya Mura. The 1.5m high sitting Vajrasattva is a wonder of bronze casting dating probably to 10th -11th century AD. Of the same kind, but mutilated, (since only the head being preserved), is part of another bronze image, a large life-size bronze head of Buddhisattva Avalokiteshvara which has traces of gold plating on the polished surface. This was collected from the Bairagi Mura mound. The bronze bell’s estimated weight is about half a ton. This can also be dated to the 10th -11th century AD.

In contrast to Paharpur where the largest number of stone sculptures and terracotta plaques in any one site in Bangladesh has been found, an astounding number of inscriptions, coins and miniature bronzes have been hauled from Mainamati, unequalled for any one ancient site not only in Bengal, but perhaps in the entire subcontinent. What is more important, however, is that not only in sheer number but also in significance they are unparalleled. The inscriptions belong to no less than five dynasties (Guptas, Khadgas, Devas, Chandras, and later Devas), and in some cases introduce us to new dynasties and kingdoms not known before, like the Devas. Altogether the discoveries from Mainamati - inscriptions and coins, sculptures and architecture - have changed the concept of the history of south-east Bengal between 6th and 13th centuries AD. Not only its political history but also the area’s artistic, religious and economic histories have been illuminated by the finds.

In the case of the Shalvan Vihara excavations, for instance more than 300 coins - gold, silver (bulk), and copper - testify to the use a regular currency. This has revolutionised our long held idea about Bengal’s currency system, which was based for long on the absence of Pala and Sena coins. It now appears that at least the southeastern part of Bengal had a flourishing currency system that incidentally also indicates a flourishing economic life. Also, the fact of the discovery of the Pattikera and Harikela silver coins side by side at Shalvan Vihara has helped clarify our understating of both the coinages.

Every year many tourists from home and abroad visit Shalban Vihara to know the archaeological values of this site. Department of Archaeology has established a site museum near the site to display the relics found in and around the Shalban Viahara. The government of Bangladesh has taken  initiatives to inscribe Shalban Vihara as a World Heritage Site.

The writer is Tourism Expert.