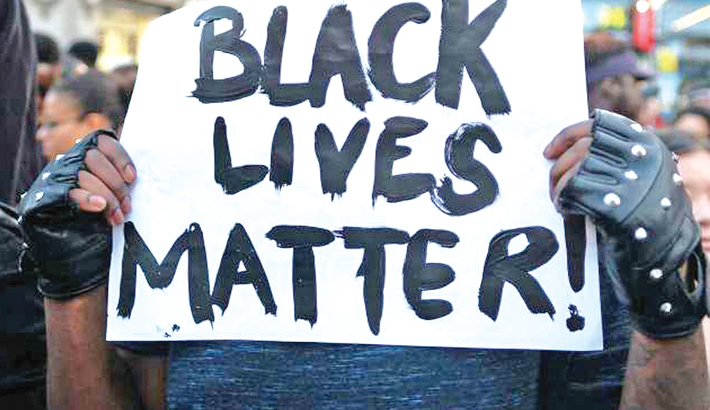 Controversial US director Nate Parker said Monday that he hopes his powerful new film about police violence against black men will help save lives, reports AFP.

“American Skin” received an eight-minute standing ovation after it premiered at the Venice film festival, with Spike Lee—who travelled to Italy to support Parker—comparing its impact to “scoring a goal to win the World Cup or a home run at the bottom of the ninth in American parlance”.

The veteran maker of “Do The Right Thing” and “Malcolm X” had earlier declared that “I haven’t been affected by a film like this... in a long, long time.”

The movie about a black Iraq war veteran, whose 14-year-old son is killed by police when they stop their car in a wealthy white area, is a blistering indictment of institutional racism.

It culminates in the avenging father taking his son’s killer hostage and putting him—and racist police attitudes—on trial after storming his local precinct. Parker said he hopes the film will start a debate within US police forces about the way they deal with black people.

“This experience is happening all too often in America. I hopeful that it can resonate and people will hopefully be moved into action.

“Our mantra was take a beat [stop and think] and save a live. We can make a film that inspires not only conversation but real action. If we can save one life... this film will be the most important thing we have ever done,” he added. Parker’s acclaimed debut 2016 film about a slave revolt, “The Birth of a Nation”, was derailed after it emerged that he was accused of raping a fellow student while at university. She later killed herself. Parker’s presence added further flames to a row raging at the festival over the inclusion of a new film by Roman Polanski, who has spent decades as a fugitive from US justice for the rape of a 13-year-old girl.

Feminists have also deplored the decision to add the director’s cut of Argentinian-French director Gasper Noe’s controversial 2002 rape shocker “Irreversible” to the line-up.

Before the Venice premiere, Parker admitted that he had been “tone deaf” to sensitivities around the case after he was acquitted.

“A lot of people were hurt because of the way I approached things. I apologise to those people,” the actor-turned-director told reporters.

“The last three years have been such a searing experience for me. I feel like I have gained so much wisdom from people in my circle.” While the Venice audience got behind the film, critics were more lukewarm.

The Hollywood Reporter hailed its relevance to the “open wound of the Black Lives Matter movement” while damning it as a “well-intentioned but heavy-handed bid to open a dialogue between law enforcement and African American communities aggrieved by too many unjustified police shootings.”

Lee said he hoped the low-budget feature, shot on a “hope and a prayer” in April, will get a wide release in the States. The Hollywood Reporter said the jury was still out on that.

“The movie unquestionably addresses a topic of searing relevance. What it will boil down to is whether Parker is deemed worthy of a second chance,” said its chief critic Todd McCarthy.