Pope urges everyone to change lifestyle to save planet 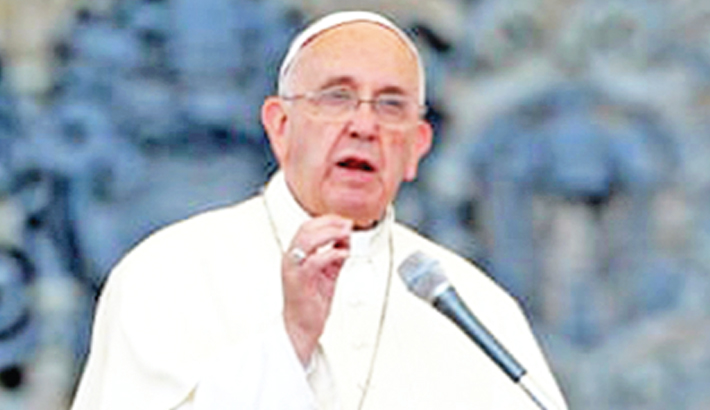 Pope Francis called Sunday on individuals across the world to make changes to their daily habits to stop climate change in its tracks, and to put pressure on their leaders “before it’s too late”, reports AFP.

“We have created a climate emergency, which seriously threatens nature and life, including our own,” he said in a message to mark this year’s World Day of Prayer for the Care of Creation. “This is the time to reflect on our lifestyles and how our daily choices in terms of food, consumption, travel, use of water, energy and many other material goods are often reckless and harmful,” the Argentine pontiff wrote.

Francis, a long-time environmental campaigner, said his plea went out to “every member of the human family”. “Let us choose to change, to take on simpler and more respectful lifestyles!”

The pontiff slammed constant pollution, the incessant use of fossil fuels, intensive agricultural use and the practice of razing forests to the ground which were raising global temperatures to dangerous levels.

The increasing intensity and frequency of extreme weather events and soil desertification were putting the world’s most vulnerable peoples to the test, and fuelling mass migration as desperate families seek safe havens elsewhere.

The melting of glaciers, water scarcity, neglect of reservoirs and the considerable presence of plastics and microplastics in the oceans were equally worrying and confirmed the urgent need for action that can no longer be postponed, he said.

Francis praised young climate activists who have been upping pressure on institutions and saying they deserved action rather than “commitments made and neglected for partisan interests and convenience”.

“Our prayers and appeals are aimed above all at raising the awareness of political and civil leaders,” he said. The 82-year-old said all eyes would be on the UN Climate Action Summit on September 23 in New York.

He called on governments to show “the political will to drastically speed up measures to achieve zero net greenhouse gas emissions as soon as possible and to limit the increase in global temperature to 1.5 degrees Celsius” in line with the Paris Agreement.