Effective steps a must to control dengue next year 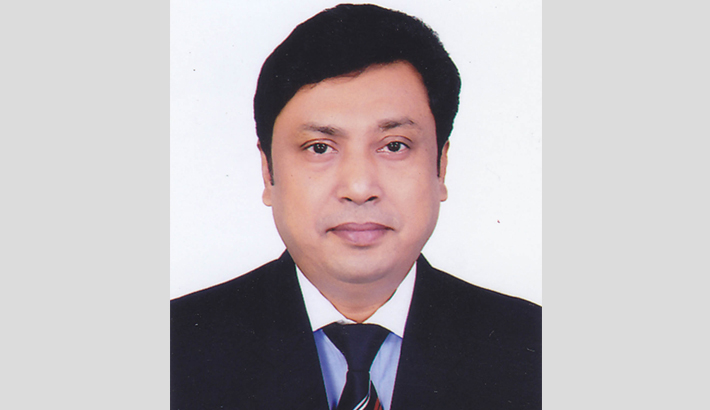 Effective measures have to be taken with earnestness to keep the outbreak of dengue at bay for now and also for the year to come, or else the situation might spiral out of control.

“We can’t say that such situation (dengue outbreak) will not repeat in the next year as dengue and chikunguniya may break out anytime. We have to plan and prepare for 365 days as the Aedes mosquito exists round the year.”

The health expert said the dengue has broken out in all the 64 districts of the country this year and it has already crossed all-time records in Bangladesh as according to the government data over 71,000 people were hospitalized with dengue infection while 57 of them died till September 1.

He mentioned that all have to remain alert during the month of September since it is the peak season for dengue fever.

“There is no alternative to building awareness among people. The fatality rate in dengue infection this year remains still low due to public awareness,” he said.

“We have to implement controlling, preventing and curing measures for dengue disease.”

As part of his suggestion about controlling measures against the Aedes mosquito, the government can make strict law that would compel the owners of houses and establishments to their vicinities clean so that mosquitoes find no place to breed.

He said natural biological controlling measures like using guppy fish and predatory copepods can be used against the immature larval stages of vector mosquitoes.

“Gene technology like Oxitec friendly mosquito, Wolbachia and Sterile Insect Technique (SIT) are also can be used to control the Aedes.”

“There are five posts of entomologists in the IEDCR but the posts are still lying vacant.

The physician suggested carrying out necessary research activities about the communicable diseases like dengue and chikunguniya in the country to prevent the diseases. He also emphasized strengthening public health system of the country to provide people with proper treatment facilities for dengue patients.

He suggested strengthening monitoring whether all public and private hospitals and physicians follow the National Guideline for Clinical Management of Dengue Syndrome-2018 properly and arrange training regularly for the physicians and nurses about the dengue and other infectious diseases.

The physician said as part of preventing measure, the government may asses the feasibility of vaccination and think about vaccination for the second time prevention of the dengue disease.

Describing his experience in handling the dengue situation at the Suhrawardy hospital, he said they have faced a war-like situation due to dengue outbreak as usually the public hospitals in the country remain crowded with almost a double-number of patients in their indoor and outdoor facilities than their capacity.

“I think no hospital was prepared to face such a large number of dengue patients this year. Even there was no particular directive from the authority on the disease,” the director of the 850-bed government Suhrawardy Medical College Hospital said.

He said a very few patients took dengue treatment at the outdoor of Suhrawardy Hospital since June this year while around 22 dengue patients were hospitalised at the beginning of July.

On average 450-500 patients were admitted to the hospital every day in the month of August but it started decreasing after Eid ul-Azha.

“During the time, we faced a critical situation due to the burden of the excessive dengue patients as we have manpower crisis, lack of logistical support to provide treatment to a large number of patients in the hospital. We had to collect adequate saline and dengue test kit within very short time.”

Mentioning that they opened 200-bed two separate special wards for dengue patients at the hospital, Mr Barua said they also hired physicians, nurses and technologists from different other hospitals and involved the intern and students of the medical college in the treatment of dengue. “We have no extra machine and technologist for various blood tests to face additional patients. We carry out blood tests by only two CBC machines and hired another one. Different tests of around 2,000-2,500 patients are done as around 4,000-5,000 patients take service at the outdoor of the hospital every day.”

The doctors, nurses, health technologists and other staffs were exhausted as they worked round the week without any leave only for handling the dengue patients in last two months and that is going on still.

“Our 12 doctors, 13 nurses and 7-8 other staff members were infected in dengue diseases.”

The Suhrawardy hospital chief claimed that this year they managed the dengue situation very carefully and sincerely while most of the patients were discharged from the hospital after recovery.

“Among every 50 patients, around 20-30 dengue patients were children. Most of them were cured,” he said.

He said many patients died of dengue as they did not go to the doctors on time and move frequently in several hospitals at a time being panicked.  Mentioning that the dengue is caused by a virus of the Flaviviridae family and there are four serotypes of the virus that cause dengue (DEN-1, DEN-2, DEN-3 and DEN-4), the health expert said, adding that subsequent infections (secondary infection) by other serotypes increase the risk of developing severe dengue.