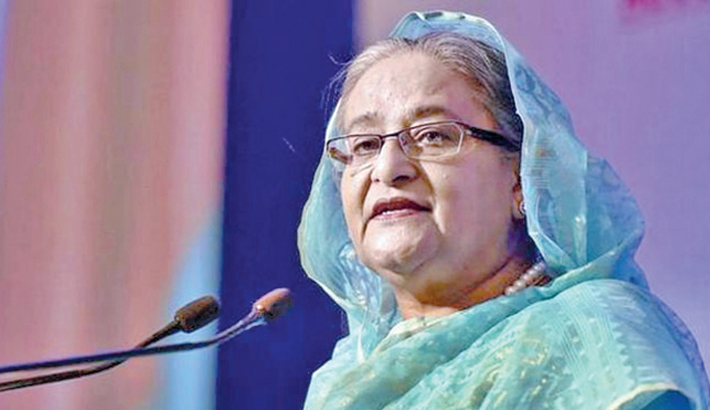 Prime Minister Sheikh Hasina on Sunday promised all out assistance to expand the export basket and said the business community should add new products and explore new markets for that purpose.

“Creating new markets and diversifying goods are very important for increasing export. So, you have to add new products to the export basket and diversify the goods,” she said while handing over the National Export Trophy in the capital.

The premier also urged the businesses to put special focus on which products are in more demand in which countries.

According to the World Trade Statistical Review 2019, Vietnam ranked the top position in the index while Bangladesh has secured second position in export growth among emerging economies and first among South Asian nations in the last decade.

Ahead of the country’s golden jubilee celebration, the government has set a target of $60 billion of export volume.

The premier said the government would provide all out assistance for producing goods and its export.

She also mentioned the government’s measures to bring down the interest rate to single digit for the sake of investment.

“Some banks have already cut down the interest rate while some others are yet to follow the directive. But, talks are on. We are providing facilities to the banks which are needed. We want to bring the loan interest rate to single digit,” she said.

“Because it is not possible to build an industry just after taking money from banks,” she said. The premier gave awards to 66 companies for their extraordinary performance in the country’s export earnings.

She gave away the trophies under 28 categories at the ceremony jointly organised by Commerce Ministry and Export Promotion Bureau (EPB) at Bangabandhu International Conference Centre.

Twenty-nine of the companies were selected for National export Trophy 2016-17 gold trophy, 21 for silver and 16 for bronze ones.

Talking about the government’s directive to bring the bank loan interest rate to single digit, Hasina said some banks are already obeying the directive while some are yet to follow suit.

She reassured the business community of extending all sorts of support for them and said industries must be set up by giving special attention to waste management and preservation of nature from the very beginning of a project.

“Our government is business-friendly government. We always remain beside the businesspeople … they’ll do business and we’ll extend cooperation to their work,” she said.

“You’ve to start proper waste management from the very beginning, you’ve to keep a water reservoir and harvest rain water,” she added.

She also asked them to plant trees to protect the environment.

Stressing the need for saving the agricultural lands, the premier said the government is establishing 100 economic zones across the country for local and foreign investment.

“The government is also offering special incentives, including ensuring all sorts of services in the zones to attract investment to these economic zones,” she said.

About the gas supply, the premier said as the country has limited natural gas reserve, the government is importing liquid natural gas (LNG) to meet the growing demand.

“The government has taken a plan to import LNG through pipeline,” she said.