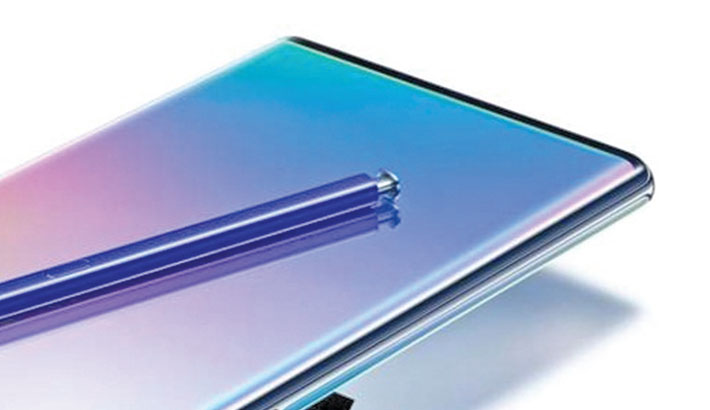 Screens are like windows to the smart phone universe and we have seen a dramatic amount of attention when it comes to innovations and the move is expected to drag further.

The screen is one of the most vital parts of a phone, and that is especially true for the bigger smart phones that we have become accustomed to. Samsung knows that, and they have put some of the industry’s best screens in their devices.

Starting from 1988, when the company introduced an analog phone with a black-and-white screen, to 2002, when Samsung introduced a high-resolution color display phone. Afterward, in 2009, Samsung launched its first AMOLED touch screen display. Along with time, the AMOLED screen started to change and evolve from HD to Full HD.

Now in 2019, Samsung introduced Galaxy Note 10 Plus which has a 6.8-inch AMOLED Infinity-O sporting a 3040 x 1440 (QHD) resolution with 498 pixels per inch. This is a powerhouse built with 12-megapixel dual-aperture lens,16-megapixel wide-angle lens, 12-megapixel telephoto lens and10-megapixel front-facing camera.

The Galaxy Note 10 Plus adds a fourth 3D depth-sensing camera on the back, which we can use to take portrait video which blurs the background, and draws on top of photos and videos with a new feature called AR Doodle.

AR Doodle is the other main use for this fourth camera. With the stylus, we can draw all over a photo or video of a person or thing, annotating with words, arrows, starry sunglasses and capes. Moreover, if we shoot a video of a person, AR Doodle will track his movements.

One of the main attractions of the Note 10 Plus is what Samsung calls ‘Pro-grade video’. For example, the phone offers Live Focus video effects, so we can blur out the background or change the background to black and white while the subject is in color.

There's also a Zoom-In Mic feature that amplifies the audio in the frame. And Samsung backs this all up with an improved video-editing app that's optimized for the S Pen for more precise trimming.

Talking about other features briefly, the Note 10 Plus is significantly and elegantly larger and heavier. There are four rear cameras in the larger Note 10 Plus, and no microSD card slot.

The S Pen gains gesture controls which let us swipe through screens from afar. There's a larger battery and more RAM in the Note 10 Plus versus the Note 10, and wireless charging gets a tad faster.

The Note 10 Plus looks and feels like a phablet, especially compared with the regular Note 10 and its 6.3-inch screen. This is definitely a two-handed device, but it's a very sleek one.

We won't find a larger screen on an Android phone than the breathtaking 6.8-inch AMOLED panel on the Galaxy Note 10 Plus. It is a sight to behold, with rich colors and wide viewing angles we've come to expect from Samsung.

Maruf Billah is a technology writer. He can be reached over email at [email protected]