We are ahead experience-wise: Miraz 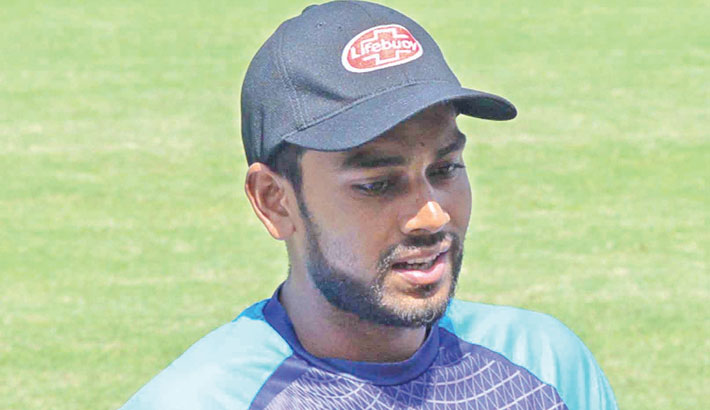 Bangladesh all-rounder Mehedi Hasan Miraz said on Sunday that host will be ahead of Afghanistan counterpart due to their experience in the longer format.

“Every match is challenging, I can’t say particularly if it’s a big or small challenge. Because the better team in the field will win the match,” Miraz told media on Sunday.

Despite, having more experienced players in the longer format of cricket, the 21-year-old right armed spinner said that the players need to be more concerned about their individual role and insisted on performing from their own position.

Mehedi added that the host is working on particular areas so that they can dominate against the Afghans and to keep the Afghan threats at bay.

“Yes of course. What I just said, we have more experience so definitely we will try to dominate. And we are also working in particular areas according to that. And if we can play good cricket, they won’t be able to do any damage. We are trying like that and working really hard,” he said.

The only Test match between the Tigers and Afghanistan, is going to be played on September 5 and this is going to be the first longer-format match between these two Asian nations as both the teams played eight one-day matches before where Bangladesh have triumphed five times and the Afghans won three matches and the four T20Is that Bangladesh played against them, we’re able to claim only one victory with three defeats.

In most of those previous encounters in the shorter format, Afghanistan spin bowling looked threatening in front of Bangladesh batsmen but Mehedi believes it will be a lot different experience for the Afghan spinners as the tricks do not always work out the same in Test cricket for the bowlers.

“Both Mirpur and Chittagong are our home grounds. We are in home condition, so we know what will happen and what not. They have played T20 and one-day cricket in our condition but not Test cricket. We know our condition and we’ll try to take that advantage. Because we have enough chances, we will get used to with that condition too. Maybe our batsmen will have more chances (in Chittagong) to make runs,” Bangladesh all-rounder said.

Mehedi, who was caught with a finger injury on the previous day, confirmed that the injury is a minor one and it won’t take more than 2-3 days for the all-rounder to return with bat and ball and he is working more on his physical fitness in this meantime.

“This is in good condition. Not a major problem. Maybe three-four day rest will be enough. I am not pleased as I’m not able to bowl or bat, maybe I can in two-three days. But now I’m working more on physical fitness,” Mehedi said.

Ahead of the Test match and T210 tri-nation series in September, the 21-year-old all-rounder seeks inspiration from the senior members of his team as he believes it will help his to play better cricket if the junior players follow seniors’ footstep.