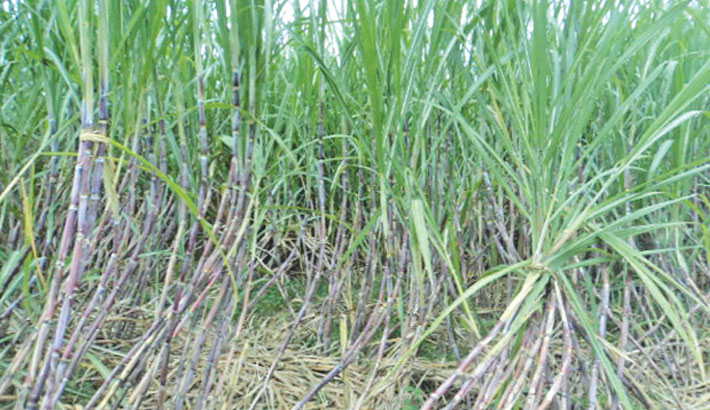 BOGURA: With increasing demand of sugarcane in the region, farmers have emphasised on sugarcane farming in a commercial basis this season in Bogura.

According to Department of Agriculture Extension (DAE) source farmers are earning average Tk 20,000 to 30,000 by producing hectares of land. DAE again said, the farming is proved to the farmers a lucrative one.

Besides, a dozen of sugarcane is being sold at Tk 200 to 300 to wholesalers according to varieties and qualities. The bumper output of the fresh greens has brought smiles to their face during this just-ended Rabi season in the agriculture region.

Peasants of Bogura district had happy over record output last year since they had got over 28 to 45 maunds of clean juice from a bigha of land.

Because of lower farming cost and excellent market price with huge demand, the farmers are reaping huge profits from sugarcane cultivation in the agriculture region for the last ten years. Some 1,000 small and marginal farmers have been cultivated it this season.

Farmers Nizam Uddin Sheikh under Shibganj upazila said he achieved self-reliance by cultivating sugarcane on his lands bringing well-being to their families and improving living standard.