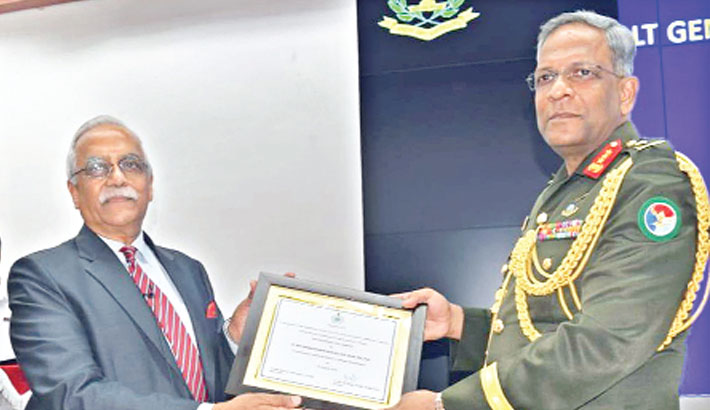 Lieutenant General Sheikh Mamun Khaled has recently been awarded a fellowship from the United Service Institution (USI) of India in recognition of his exceptional contribution to the study and practice of Military Leadership.

It may be noted that Lt. Gen Sheikh Mamun Khaled is the first Bangladeshi as well as foreign recipient of this honor from the USI of India.