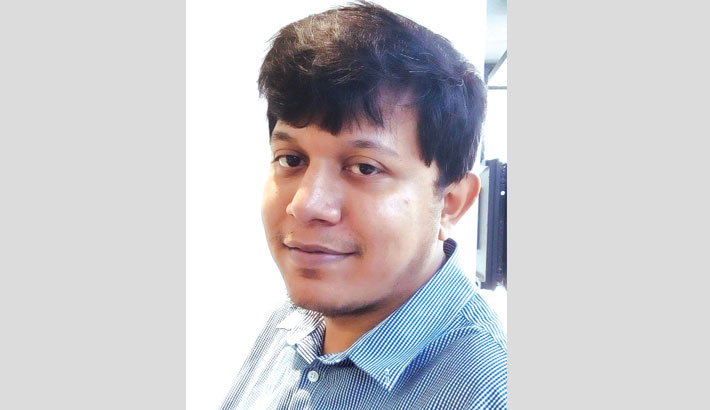 I am from Chattogram. My in-laws live in Bogura. I hardly find enough free space to spend time with them. I have come to Bogura after a gap of almost two years. I enjoy coming to in-laws' house after a hiatus. Whereas for women, going to in-laws' house is mostly a horrendous experience (not in my wife's case) but for men, it is a different experience altogether. In-laws try to mollycoddle their daughter's husband. They feel, if jamai is in bliss, their daughters would live in a sense of security.

Although women are earning more money than ever before, and the Sheikh Hasina Government has done well in ensuring employment opportunities for them in all the sectors, our patriarchal society doesn't always appreciate female wage-earners' meteoric rise to the top. In general, we are envious of toppers. There is one silly part of the male brain that still looks to suppress a woman's voice and kill it if she rebels.

Parents of today live in anxiety because of not finding the right marital partner for their children. For example, in our university, most of my female students have already been taken by their male suitors. My male students stay mostly single. Most of them are not happy with that. In Jane Austen's novel, Pride & Prejudice, Mrs. Bennett looks to marry off her daughters to rich suitors. Many people blame her for that. We need to understand her position. First of all, her husband, Mr. Bennett is not rich and a responsible husband. He indulges himself in reading books at the library. He is not a hands-on father. His wife, feeling insecure, attempts to ensure his daughters' better prospect by marrying them off to rich men.

We have that type of mentality. We think, if our daughters become, let's say, graduates or postgraduates, they have a better chance to get qualified grooms. I don't blame parents for this orthodoxy. Whatever the reason is, women are becoming graduates from many universities although the quality of education in many of them brings more question marks than answers!

I encourage my female students to get married and start doing something to earn money. If a woman wants to be a housewife, it is her personal decision but in this country of inflation having to run a family based on one person's income is an onerous task; which is why, her money is important for improving GDP rate. In villages, many women have found ways of generating profits by harvesting and raising a herd of cattle.

My mother has a flat. I live in a flat beside hers. Without my wife's financial support, I wouldn't be able to live near her and pay such a hefty amount for renting the flat where I live with my wife and the kids. Without her help, my three angels would not have got nutritious foods, and most importantly, the touch of their grandparents. It is a blessing for my children to have their grandparents living so close mentally and physically. My youngest brother lives with his parents. We feel lucky to have them. We squabble at times. However, it doesn't affect us because we understand, without each other, we will be a sinking ship.

My wife deserves all the credits. Traditionally, it is believed that a woman can make or break a family. Bluntly speaking, I believe in that adage. My wife has motivated me to look after my parents. She inspired me to leave my previous job in the village, come back to Chattogram and stay close to my parents. If she had stayed in Dhaka, she could have earned more and stayed nearer to her own parents. She had a long-cherished ambition to enable our children to get love and care from their paternal grandparents. At the same time, I have got a chance to be rooted once again. I wanted to sit for GRE to apply abroad. But she dissuaded me from doing so. We are now working couples. I don't have to support my parents financially. But being near to them means so much. Nothing we can do to compare that feeling to anything else.

No matter how much we achieve in life, there comes a time of loneliness at the fag end of one's life. Then retired people try to find joy in the simplest thing of life. Grandparents enjoy spending time with grandchildren. They find the meaning of life. Someone who has never enjoyed doing something, all on a sudden, starts doing so when curtains are almost down.

If married couples are not honest with their earning source, then I don't expect any sunshine in their lives. Reshmi, my permanent domestic help, has six siblings. Her mother left the abusive husband. He would beat Reshmi, her siblings and their mother every day. Her mother lives a single life. Maybe she has a new husband. The matter remains vague to us. Most of her children are either married or working in different houses. She married one of her daughters off but the in-laws would not treat her well owning to the fact that the amount of dowry she provided was nowhere near the range they had asked for. Reshmi's sister was forced to leave that house, so was her newly born daughter.

In the lower class, marriage, remarriage and divorce are very common affairs. In middle class families, there are severe disagreements but most of them don't part ways fearing public shaming they would have to live with if they don't set for their nuptial journey once again.

The biggest fear now I have is seeing my daughters having Romeos in their lives. But I hope to be friendly with my daughters. They will be given free space to share their personal details. One thing as a father I am wary of is their choice of partners. I want them to choose someone who they can marry and lean on for the rest of their lives. But parents must do a background check on their children's partners.

Marrying children off as long as parents are alive is always a good option given the fact that our society does not treat orphans with enough respect. Relatives swindle. Being nosy parents is not always good either. Children should be allowed to make mistakes. They should learn by themselves the ways to make own decisions. Parents are there teachers, guides and philosophers. Teachers are important too. They can guide their learners pragmatically. But many of us are busy in teaching for commercial reasons. Students' welfare is out of our mind.

The first thing that pops into mind is the cost of marriage and the glitter and razzmatazz that go in with a marriage occasion. No doubt, it is a festive time. Although my daughters' marriages are a long-way off, yet the back of my mind knocks at the door of conscious mind urging me to be frugal; big responsibilities are lying ahead.

I come from a well-to-do family but I have learned to adjust to any difficult situation. No doubt, there were occasional blips, mostly I have managed to reshape myself in every new condition. Luckily, my wife has similar traits. Religion teaches us to live a simple life, but we seem to forget these tenets when we are going for marriage. Why do we have to invite so many people just for receiving blessings? Instead of feeding so many people who can easily afford to eat comfortably even without attending the occasion, we can feed some orphans. It is written on the invitation card "Blessings Only" but not buying a gift for bridal couples is seen in guests having a philistine mentality. There are tables being placed for collecting gift-items. Sometimes, we are forced to buy presents.

For example, I have spent 3 million takas for my daughter's marriage ceremony. In return, I will expect not only blessings but also gifts. We tend to commodify human relations. We make it a 'give and take' relationship. I have no problems with that. I believe, it is hypocritical to use blessings only in the invitation card and then keeping a table and chair for receiving wedding gifts. If we want, we can return the gifts but the established norms, right or wrong, are widely practised.

Daughters should not be married off like cows for forcing their in-laws to handover the kabinnama money that was signed as a deed before the marriage. If parents have this mentality, a groom's family goes through tremendous mental and physical pressures. At the same time, brides should not give dowry.

Therefore, we must marry and marry people off but not in pompous and glitzy atmospheres. We can save that money and travel around the world. Observe people and help them. Or, give that money to me! I need that.

The Writer is Lecturer, Department