‘My failures have made me who I am today’: Hrithik 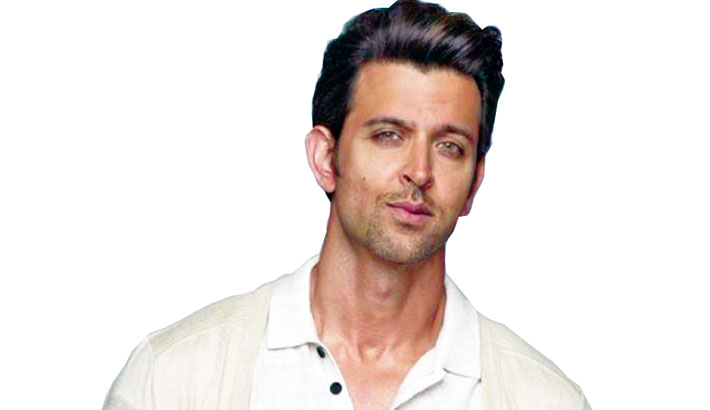 Bollywood actor Hrithik Roshan made a blockbuster Bollywood debut 19 years ago with Kaho Naa... Pyaar Hai, and since then he has featured in several films from various genres including love story and patriotic ones. In the journey, he has encountered success and failures and the actor believes the failures have taught him important lessons, reports Hindustan Times.

“Today, when I look back, it feels like I have come a long way. There have been successes and there have been failures but most important are the lessons I learnt from my failures. My failures have made me who I am today and now my choices come from a place of having learnt from those failures,” Hrithik says.

His movies Fiza, Kabhi Khushi Kabhie Gham, Koi Mil Gaya, Dhoom 2 and Zindagi Na Milegi Dobara turned out to be hits though he failed to impress with a string of projects such as Yaadien, Na Tum Jaano Na Hum, Lakshaya, Kites and Mohenjo Daro. Time and again, however, Hrithik has tried to prove his versatility as an artiste and, according to him, it was “failure” which helped him scale greater heights.

Talking about his film choices, the 45-year-old star, who is currently being lauded for his performance in his latest release Super 30, says he looks for “entertaining scripts” while signing the projects irrespective of genre. “Honestly, I did not come on board for Super 30 because of the social message. I did it because it’s a great script. My father always says that if you want to give a message to the society, you make a documentary, don’t make films. If you make a film, it has to be entertaining. I am not going to do a film only because it is a biopic on a great man. I am going to do a film if it’s an entertaining script, that’s it! Those are the kind of stories I am looking forward to,” he said. With Super 30, Hrithik continues maintaining his charm at the box-office. The film raked in over Rs 146 cr in India. Bollywood’s Greek God, however, claims that does not give much heed to box-office numbers.