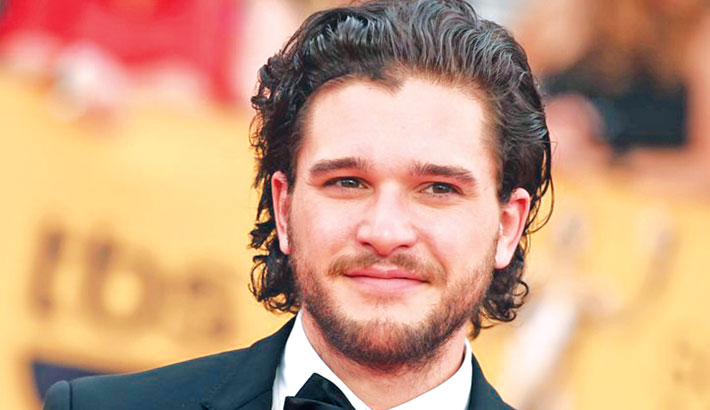 Actor Kit Harington will be joining his Game of Thrones co-star Richard Madden in star-studded superhero film The Eternals. Harington, best known for his portrayal of Jon Snow in hugely popular fantasy drama Game of Thrones, has been roped in to essay role of non-Eternal Dane Whitman, reports Hindustan Times.

Marvel Studios President Kevin Feige on Saturday came to the D23 Expo with a surprise treat for all the Game of Thrones fans. He announced addition of Harington to the team, resulting in a mini-Game of Thrones reunion.

It was a star-studded moment for fans when they saw the team of The Eternals, including Angelina Jolie, Salma Hayek, Madden, Kumail Nanjiani, Lauren Ridloff, Brian Tyree Henry, Barry Keoghan and Don Lee walked onto the stage. However, Harington couldn’t be part of the team on Saturday.  Along with Harington, Feige announced two new cast members and their characters—Gemma Chan, who plays humankind-loving Sersi and Barry Keoghan, who portrays aloof loner Druig, and was on hand for the event.

Nanjiani plays cosmic-powered Kingo; Ridloff portrays the super-fast Makkari, the first deaf hero in the Marvel Cinematic Universe; Henry plays the intelligent inventor Phastos. Hayek is on board to plays the wise and spiritual leader Ajak and Lia McHugh will be seen as the eternally young, old-soul Sprite. Lee plays the powerful Gilgamesh. Jolie stars as the fierce warrior Thena. Director Chloe Zhao will be bringing the world of Jack Kirby-created comic, which debuted in July 1976, alive. It is about super-powered beings The Celestials and their villainous adversaries The Deviants in a war set millions of years ago. Feige also revealed concept art images of each character, giving a hint of the characters and their looks. The film is slated to open in the US in 2020.