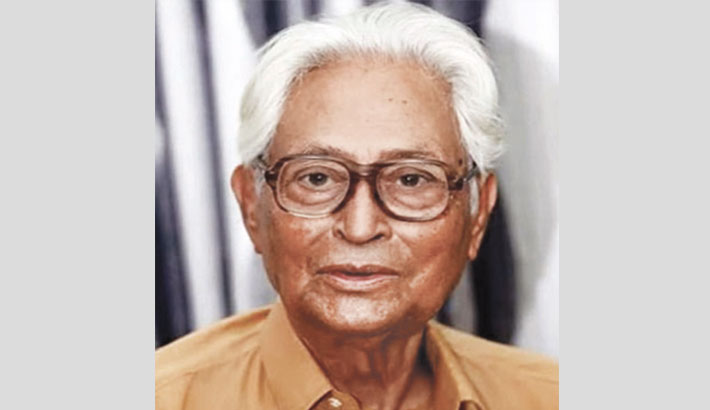 Muzaffar, also a member of the advisory council of the Mujibnagar government that led Bangladesh’s Liberation War in 1971, was given guard of honor before his burial following his fifth namaz-e-janaza at his native village.

Earlier, his body was taken to the Cumilla Town Hall in the morning where his fourth namaz-e-janaza took place.

Muzaffar Ahmed, a close aide to Father of the Nation Bangabandhu Sheikh Mujibur Rahman, breathed his last due to old age ailments at the Apollo Hospital Dhaka on Friday night.

Prime Minister Sheikh Hasina on Saturday paid rich tributes to one of the political icons of the country by placing a wreath on his coffin draped with red-green national flag at the South Plaza of Parliament Secretariat. After the first namaj-e-janaza of the leader at the South Plaza of Sangsad Bhaban on Saturday morning, the body was taken to the Central Shaheed Minar in the capital where people from all walks of life, including politicians, civil society members, cultural activists and professionals paid their last respect to the legendary politician.

Prof Muzaffar started his political career in 1937 when he was a student. In 1958, Pakistani military dictator Ayub Khan issued arrest warrant against him. From the hide-out, he organised movements against the then president Ayub Khan. He came in open politics after eight years of hide-out.

In 1967, he became president of the-then East Pakistan NAP. He played a leading role in the 1969 political movement for the downfall of dictator Ayub for which he was put behind the bars.