Modi conferred ‘The King Hamad Order of the Renaissance’ 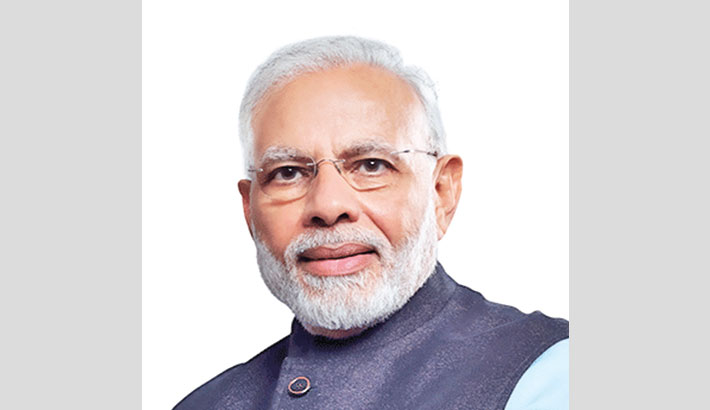 MANAMA: Indian Prime Minister Narendra Modi on Saturday was honoured with “The King Hamad Order of the Renaissance” as he held talks with King of Bahrain Hamad bin Isa Al Khalifa on various bilateral and regional issues, reports NDTV.

Prime Minister Modi’s visit to Bahrain is significant as it is the first visit of an Indian Prime Minister to the country.“Ties built on deep civilizational linkages. Prime Minister Narendra Modi was warmly received by HM King of Bahrain Hamad bin Isa bin Salman Al Khalifa at the Al Gudaibiya Palace. Both leaders exchanged views on all matters of mutual interest,” External Affairs Ministry spokesperson Raveesh Kumar said in a tweet.

“I humbly accept The King Hamad Order of the Renaissance. This is a recognition of India”s strong friendship with Bahrain, which goes back hundreds of years and is expanding rapidly in the 21st century,” Modi said in a tweet.

“Wonderful meeting with H M Hamad bin Isa bin Salman Al Khalifa, King of the Kingdom of Bahrain. His Majesty and I reviewed the complete range of India-Bahrain relations and we look forward to increased cooperation for the mutual benefit of our citizens,” he said in another tweet.

While receiving the award Modi said: “I feel very honoured and fortunate to be awarded The King Hamad Order of the Renaissance. I am equally honoured by your majesty’s friendship for me and for my country. I humbly accept this prestigious honour on behalf of 1.3 billion Indians”.

“It is an honour for entire India. This is a symbol of the close and friendly relations between the Kingdom of Bahrain and India,” he added, as he expressed his gratitude for this “unique gesture”.

Modi is on the third leg of his three-nation tour to France, the UAE and Bahrain.

Modi arrived here after wrapping up his visit to the UAE where he held talks with the Crown Prince of Abu Dhabi, Sheikh Mohammed bin Zayed Al Nahyan and discussed measures to improve trade and cultural ties between the two countries.

Modi was also honoured with the “Order of Zayed”, the UAE”s highest civilian award, as a mark of appreciation for his efforts to boost bilateral ties between the two nations.

From Bahrain, Modi is scheduled to return to France on Sunday to attend the G7 Summit meeting.