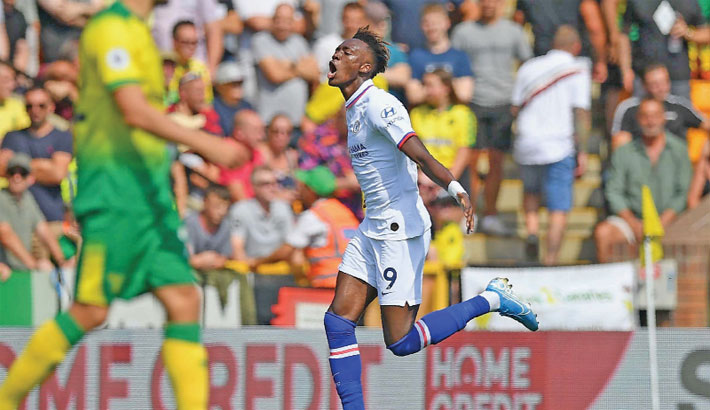 Frank Lampard has his first win as Chelsea manager, at the fourth time of asking. After the end-to-end drama of the first three attempts, was this a contained, professional, Mourinho-esque away performance? Not a bit of it, reports Telegrapgh.uk.

Chelsea took an early lead, Norwich levelled. Mason Mount thumped them back ahead, Norwich levelled again. Unperturbed, the visitors came out punching in the second half, and Tammy Abraham’s second goal of the day - and his Chelsea career - finally decided matters.

The defence still needs an injection of Antonio Rudiger, but this will be a huge relief for Lampard. Norwich, as at Anfield on the opening night, leave with no points but their reputation intact.

“It’s something I’ve always dreamed of,” says Chelsea’s striker in an interview with BT Sport, upon asked how he feels after scoring his first goals for Chelsea, 15 years – and 60 goals on loan at other teams - after joining the club. “Getting in the first team I’m always confident and I could do it”, the young striker added.

Abraham had failed to score in his three previous appearances this term, but the 21-year-old striker bagged his first goal for the club to put Chelsea ahead in the sunshine at Carrow Road.