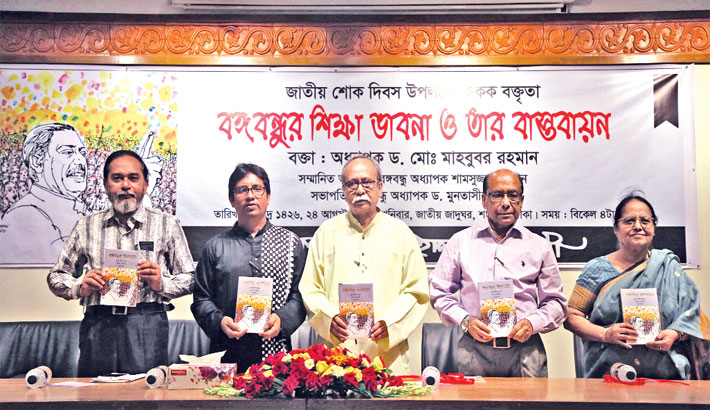 Though the country was badly in need of food and housing, he put more emphasis on expansion of education for rapid development of the country, the professor said.

"After the liberation war in 1971, there remained nothing in the newly independent Bangladesh. Despite hunger and poverty, Bangabandhu had allocated four percent of the national budget for education sector,” he said.

He made this remarks while speaking at a program styled "Bangabandhu's Educational Thought and Its Implementation".

The program was held at Kabi Sufia Kamal Auditorium in the city, marking the National Mourning Day. Bangladesh Itihas Sammilani organized the program.

Bangabandhu was a far-sighted politician and a perfect man. If his education policy were implemented, the nation would have gotten a perfect and time-befitting education, he said.