Deepika, Hrithik to star in Ramayana? 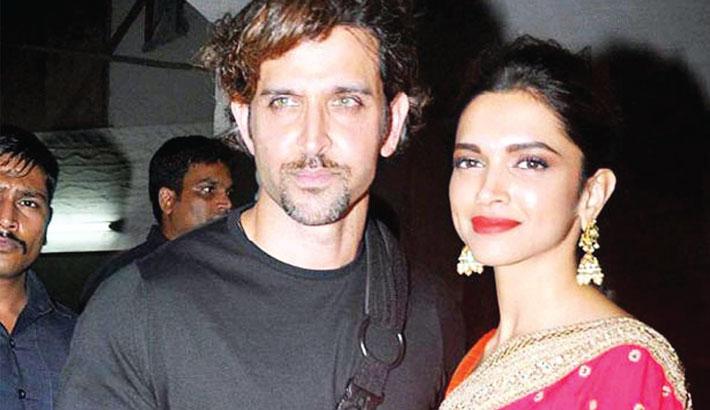 While Nitesh Tiwari’s upcoming film Chhichhore is up for release, the director has already begun working on his next project. Nitesh is currently working on the highly anticipated adaptation of the Ramayana. Reports have been doing the rounds that the mythological drama will feature Hrithik Roshan and Deepika Padukone. However, the director has now made an interesting revelation about his movie, reports Mid-day.

Speaking to Koimoi, the director said, “I have not yet started thinking about the cast. First, we are trying to get it right on papers, with our executions, and with our thought process and everything. We are still trying to get there.. baaki baate we’ll start with later.”

When the Dangal director was directly asked whether his upcoming film will include Hrithik and Deepika, he said, “You said ‘rumours’, right?.”

Speaking about Ramayana, the movie will be shot in 3D and will be released in three parts. The film will be made with actors from Hindi, Tamil, Telugu, Marathi, Gujarati and Punjabi films as the makers are targeting pan-India as well as the global audience. Apparently, the estimated budget of the mythological film is reported to be a whopping Rs 500 crore. The project has been a work in progress for the last three years.    For the director, his greatest takeaway from the Ramayana is Ram. Speaking at an earlier interview, he said, “He was an ideal leader, husband, father and son. With time, I’ve realised that it’s easy for us to be a good father but so difficult to be a good son. It’s made me a better son to my elderly father, and I can only hope that my son will also take good care of me.”

“Apart from Ram and Raavan, every character, be it, Sita, Lakshman or even Hanuman, has something to say which is why we are telling the story in three parts,” he adds.

The director also said that he will ensure that whatever is said and shown is authentic.

The makers are yet to take a call on the filming and the release plan, but they are hoping to kick off next year and are targeting a 2021 release for Part 1, promising that there won’t be too long a gap between other two instalments.

Nitesh is currently promoting his upcoming directorial venture, Chhichhore. Chhichhore stars Sushant Singh Rajput and Shraddha Kapoor in lead roles. The film follows the characters across their college days, and later their middle-age.

Produced by Sajid Nadiadwala and Fox Star Studios, Chhichhore is set to release on September 6.