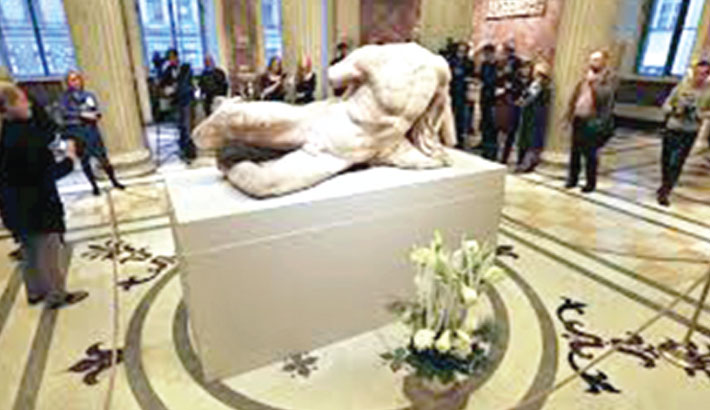 “There has been a proposal by the Greek side and it is been evaluated in a positive manner,” a government source told AFP. “The details will be worked out by the respective culture ministries. This is a temporary exchange,” the official added. State agency ANA on Friday said the issue had been discussed during talks between Greek Prime Minister Kyriakos Mitsotakis and French President Emmanuel Macron in Paris this week. The 5th-century BC frieze depicts a scene from a mythical battle between Centaurs—mythological creatures with the upper body of a human and the lower body and legs of a horse—and men.

In return, Greece will loan the Louvre a collection of ancient bronze artifacts, ANA said.

According to the Louvre, the frieze was found at the foot of the Parthenon in 1788 by Louis Francois Sebastien Fauvel, a French diplomat.