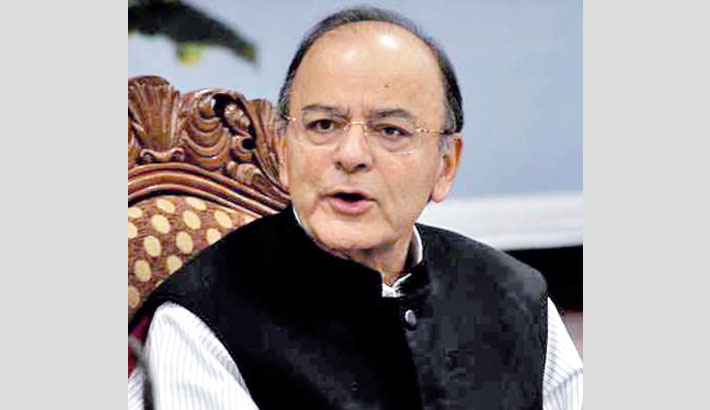 NEW DELHI: Arun Jaitley, the former finance minister of India and one of the chief defenders of Prime Minister Narendra Modi's government, died on Saturday after battling a long illness. He was 66.

The senior Bharatiya Janata Party (BJP) leader was undergoing treatment at Delhi's All India Institute of Medical Sciences (AIIMS), and is the second senior ruling party leader after Sushma Swaraj, the former foreign minister, to have died this month. Like Sushma Swaraj, Arun Jaitley, a lawyer-turned-politician, enjoyed cordial ties with politicians across the spectrum.

Modi is currently in Baharin on an official visit and supposed to attend the G-7 meet in France later this week. It is not known whether Modi will shorten his visit. One of the most powerful ministers in Modi's first term, Jaitley was acknowledged as the ultimate backroom strategist.

After the BJP won a second term in the national election this year, he wrote to Modi that he would "not be part of any responsibility in the new government" because of his health.

"I am writing to you to formally request you that I should be allowed a reasonable time for myself, my treatment and my health and therefore, not be a part of any responsibility, for the present, in the new government," the former finance minister wrote in the letter that he also tweeted.

Jaitley said he had faced "some serious health challenges" and would like to keep away from any responsibility to be able to "concentrate on my treatment and health."

The senior BJP leader signed off by saying he would "obviously" have a lot of time to take up any work "informally" to support the government or the party.

Jaitley had been seen less and less in public over the last few months, expressing himself mostly through his blogs and messages on social media.

Modi had given Jaitley charges of three ministries when he first took office in 2014 -- finance, defence and information and broadcasting.

Jaitley's health issues became worse after he had a kidney transplant in May last year. A diabetic, he also had to skip the interim budget in February when he was in hospital in the US for treatment.

Born in a family of Punjabi lawyers, Jaitley studied at Delhi's Sri Ram College. He debuted into politics as a member of Akhil Bharatiya Vidyarthi Parishad (ABVP), the students' union linked to the BJP.

During the Emergency of 1975-77, when the Congress government of Indira Gandhi severely restricted fundamental rights and jailed several political opponents, Jaitley was associated with Jai Prakash Narayan, popularly known as "JP". He was also jailed.

Arun Jaitley, like Sushma Swaraj, was known to be part of LK Advani's core team. But, it was his bond with Narendra Modi, cemented by his role as a bridge between Gujarat and New Delhi, which fuelled his rapid rise.

A Rajya Sabha member, he contested the 2014 election from Amritsar in Punjab, but could not win despite a perceived Modi wave. But, he returned to parliament as finance minister.

In a condolence message, the minister prayed for salvation of the departed soul and expressed deep sympathy to the bereaved family members.