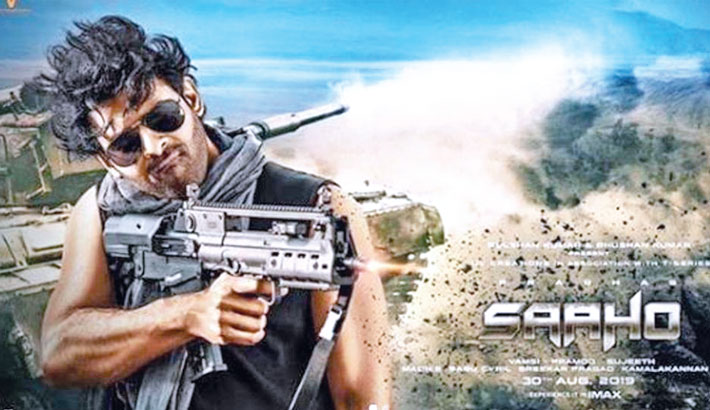 According to trade reports, Saaho has done phenomenal business even before release. In order to break even and enter profit zone, the film should approximately gross over Rs 175 crore in Andhra and Telangana.

“Saaho has done unbelievable pre-release business. While it’s amazing the film has fetched such high numbers, it’s equally important that the film performs on par with expectations. Saaho has to collect around Rs 200 crore from Telugu states alone to be safe at the box-office,” trade analyst Trinath told Hindustan Times.

Saaho is an action thriller which will release in Telugu, Hindi, Tamil, Malayalam and Kannada.

Saaho is an action thriller which will release in Telugu, Hindi, Tamil, Malayalam and Kannada.

Saaho, which has been directed by Sujeeth, has been in the making for close to two years. The film has been predominantly shot abroad on a whopping budget and features never seen before action sequences. One of the major schedules of the film has been shot in Dubai and Abu Dhabi.

The film, which will be released in Telugu, Hindi, Tamil, Malayalam and Kannada, also stars Arun Vijay, Jackie Shroff and Mandira Bedi in pivotal roles. The project marks the southern debut of Shraddha Kapoor, who will be seen in an action-packed role.

Talking about the project, Prabhas recently told Times of India: “Post Baahubali, I wanted to do a nice love story, but I didn’t get the right script. In the interim, director Sujeeth offered me this script, which was an out-and-out action film.”

“We thought it will take close to a year, but it eventually took two years. See, doing such big films does put pressure on you. In fact, I don’t want to do big films for at least another five years. With big films, the budget is high and a lot of things need to be in place. I don’t want to take such pressure for every film,” Prabhas said.