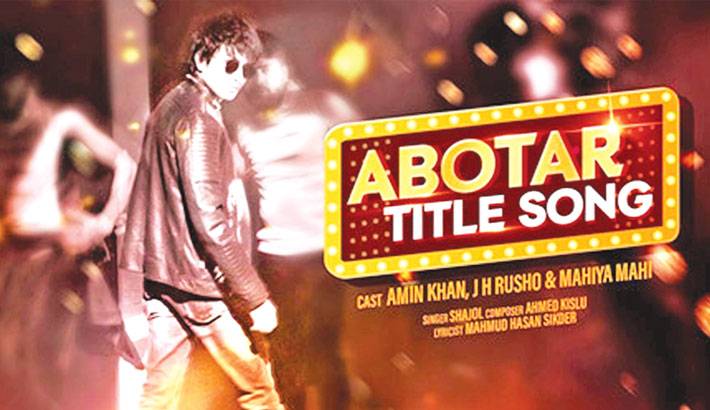 The theme song of the upcoming film Abotar has been released on Bongo BD’s You Tube channel on Thursday night.

Lyrics by director of the movie Mahmud Hasan Shikder, Jabed Ahmed Kislu has arranged the musing of the song titled ‘Abotar’ while Rohan Mahmud has choreographed the song.

Thalking about the theme song dirctor Mahmud Hasan Shikder said, “It’s my directorial debut. Keep in mind to entertain the audience, I am directing the movie ‘Abotar’. I have included all entertaining matters in the movie. Teaser, songs and item song of the movie has been appreciated by the audience and I think the viewers will also like the theme song too.”