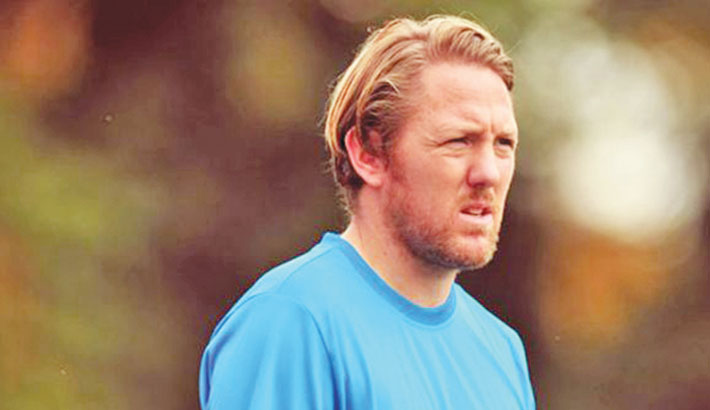 Bangladesh National Football Team Head Coach Jamie Day felt that the national squad needed more rest and there was no question of commencing the practice camp any earlier. Day was heavily critcised in social media in the past weeks after stating that the players should practice out of their personal personally and the decision to commence practice camp from today. He stood by his decision of giving his charges some rest before the start of the practice session for FIFA World Cup 2022 AFC Cup 2023 joint qualifier match against Afghanistan.

With the end of Bangladesh Premier League (BPL) edition 11, 2018-2019 season came to an end for Bangladesh. But even before the commencement of the league, BPL teams have busy in the field as Federation Cup 2018 and Independence Cup 2018 which took place in quick succession one after another and did not allow any room for the clubs to give some time off for the booters. Jamie identified the stress this overload has imparted on Bangladesh national booters.

“As I have said the players have had no rest or little rest in the last 14 months which wouldn’t happen anywhere else in the world so I believe they need a bit longer rest but we don’t have time,” told Jamie.

Afghanistan have the footballing powerhouse of South Asia since long as they have clinched SAFF Championship multiple times. Bangladesh will surely have a good competition at hand considering the nation’s football prowess.

“Afghanistan are very strong team and are higher ranked than us so will be a very difficult challenge but one we are Looking forward to and the hard work preparing will start on August 23 (today) which is more than enough time to get ourselves prepared,” told Jamie.

Since the announcement of Bangladesh’s 25-man preliminary squad for Afghanistan encounter, Eyebrows were raised as the squad excluded one of the most prolific national booters, Emon Babu. Jamie felt that the absence of Emon in the squad will have a sizable impact on the overall results.

“Emon has been in previous squads but hasn’t played he never travelled to Cambodia and we won so I don’t see it being a problem,” told Jamie.

It has been the norm of every Bangladesh football coach to opt for the youngsters in the pipeline, but few have been successful in doing so. But Jamie has been the first of his kind who has been quite successful not just in his attempt to flood the national squad with the young guns but also in bringing in the results to show for his changes with Asian Games 2018 triumphs as the bright shining example.

“I believe that needs to be a mixture of young and old which can be a help for the future. We are missing Topu (Tapu Barman) and Fahad who are keys players. Fitness has been very good from the team so that will be on our side again no doubt,” said Jamie.

As the match is slated to be held at Tajikistan as Afghanistan cannot host international football matches due to security concerns, weather and conditions can come up to be a huge challenge for Bangladesh but Jamie is still uncertain how the conditions of the highlands of Tajikistan will impact Bangladesh booters.

“I don’t know how the conditions will affect our players until we arrive in Tajikistan,” said Day.

Bangladesh’s football is on the edge of an important milestone which will decide the course the nation will take in international football. Like any other Bangladesh supporter, Day also hopes to see the reflection of the progression Bangladesh football is making.

“I am hoping we can perform well and show the progression we are making,” concluded Jamie.