Ribery in Tuscany for Fiorentina move 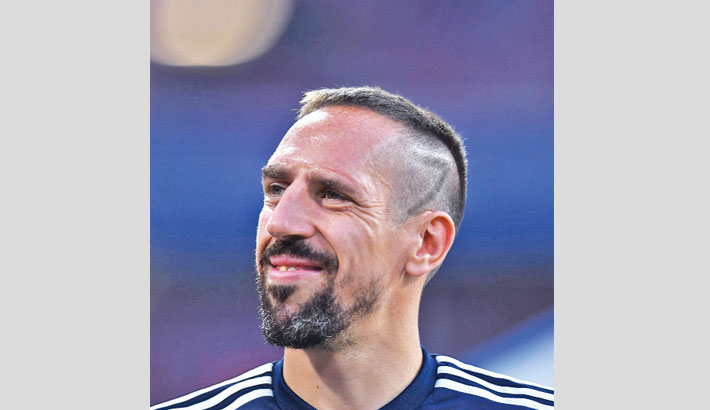 French winger Franck Ribery travelled to Italy on Wednesday to complete a medical ahead of a move to Serie A club Fiorentina.

The former French international has left Bayern Munich as a free agent after 12 seasons with the German giants during which he won 23 trophies.

Ribery’s new deal was rubber-stamped late Tuesday and the 36-year-old will undergo a medical before his presentation on Thursday, Sky sports Italia reported.

Both Ribery and his wife Wahiba posted photos on social media on Wednesday on board a private jet bound for Florence.

Ribery has reportedly agreed a two-year deal worth up to 4.5 million euros ($4.9m) plus bonuses.

Ribery won nine Bundesliga titles and the Champions League with Bayern after he joined the club from French side Marseille in 2007.

“We want him and would like to have him, but we cannot give tens of millions like the Arab or Russian teams,” said Prade.

“But if he wants to continue playing football at a highest level Fiorentina awaits him with open arms.”

Fiorentina finished 16th in Serie A last season and open their campaign at home against Napoli on Saturday.