Players need to be proactive: Helmut 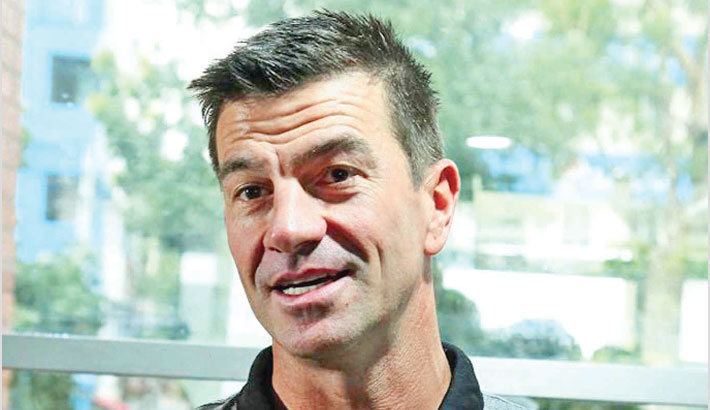 Bangladesh High Performance (HP) team head coach Simon Helmut urged the players to be more consistent and proactive in their application in the ground as he looked angry with the performance of the player in the first game against Sri Lanka HP team.

He revealed this sort of performance could affect their national team dream as the HP performance is considered as the pathway for the senior team.

“I am just disappointed with the aspect of the application. I am very disappointed that we didn’t finish in the last 10 overs. That was very important. They bowled very well. So I am disappointed about that. At the same time, batsmen didn’t get them enough time to lay a foundation to chase down a total like 300 and more at BKSP. It is not easy but very chase-able at that venue,” Helmut said on Tuesday.

“I want to see more consistency. You know, you can knock the door of the national team with the runs, wickets and catches. We have seen some glimpses. When a player scores heavily then they will have their chance. We must remember winning is very important but more important is to give the boys match experiences so that they can perform under pressure. They should think not just about the selection in the national team but perform also. The players like Mohammad Mithun scored heavily and got the chance in the national side, Liton Das, Mohammad Saifuddin and … we have seen guys like Naim Sheikh, Afif Hossain, Aminul Islam Biplob, Yasir Arafat Mishu they performed and showed they have the potential. They can be more consistent and ready for the national team,” he said.

The second match of the three-match one-day series is today at BKSP, which turns out to be ‘do or die’ match for them. In case of a defeat, Bangladesh HP will loss the series and so Helmut urged them to come all guns blazing.

“They are very driven so they are able to motivate themselves. But what we need is work out hard that we have done and prepare for the next game. It should excite us more and drive us more to be the best we can be. Yes, that was a very poor performance. But let’s not concentrate on that. Let’s concentrate on that it is a journey, where some of the boys are in the middle of the journey and some are very close to the national side,” he concluded.

Sri Lanka HP team head coach Chaminda Vaas however expected Bangladesh to come back strongly but said his team is upbeat to win the series.

“I am pretty sure the boys will do well when it comes to the second one-day. It is up to them to go to the middle and perform and enjoy the game and do the right thing for Sri Lanka cricket,” Vaas, the Lankan’s most successful fast bowler in history said.

“Every team can go through bad time. I am pretty sure they (Bangladesh) will come back strongly. They are not taking things lightly. The best team will win the series,” he concluded.