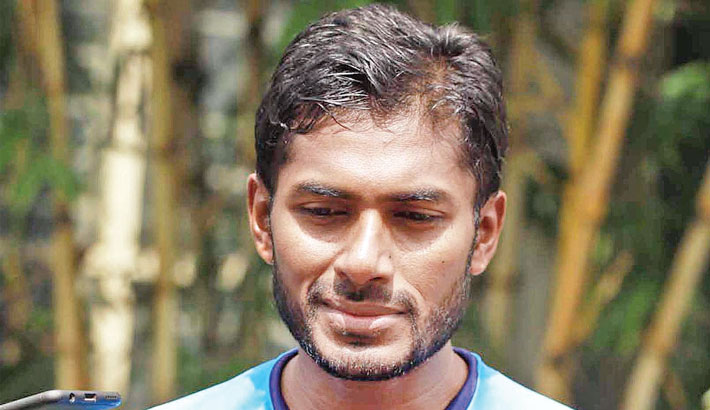 Jahurul Islam Omee has set a target to return to the national team, preferably in longer version format which he adores the most as he is motivated by the consistent performances he has showed of late.

Basically the absence of Tamim Iqbal, who took a short break from cricket, gave Jahurul the chance to make a return to the Test cricket, a format which he played last in 2013 against Zimbabwe in Harare. In the same year against same opponent, he also played his last ODI. Coincidentally his last T20 International match was also in that year.

Having made his debut in all format of cricket in 2010, he played 7 Tests, 14 ODIs and three T20 Internationals before being discarded from the national team. Jahurul is considered as one of the most elegant openers in the country has experienced some family troubles before his own form hit a low.

However he overcame all the adversities and started performing at regular basis in the last three years. Recently he performed magnificently in the Dr (capt) K Thimmappiah Memoriral Tournament, known as Mini Ranji Trophy in India against some quality bowling attack.

The performance there paved a way for him to return to Test and Jahurul saw a hope to revive his national team career.

“Tamim is a high standard player and it is tough to fill his void. But still it’s an opportunity for the likes of me, Shadman, Soumya, Imrul and others. So I think who will get the opportunity will try to make the most use of it,” Jahurul said at the Sher-e-Bangla National Cricket Stadium on Tuesday.

“Test cricket has always been a big format. It is said if somebody can play well in Test cricket, he can thrive in all format of the cricket. So when Tamim is not in the one-off Test against Afghanistan, I say, it’s a big opportunity for the rest of us,” he said.

Jahurul who is now 32 years old, does not think that age can be a barrier in performing, if he remains fit and athletic in the ground.

“It’s good that I am still in BCB’s radar. It’s a good thing for the cricketers of my batch also. I always believe of not giving up hope. Age does not matter if you can keep your fitness and perform well,” he added.

Jahurul was included in the 35-member conditioning camp after which the possibility of him to be included into the Test squad was reinforced.

“After a quite long time, I got a call up in the preliminary squad. Every cricketer hopes to play in national team. I also started every season with a hope that I will be included into the national team. This season, I put up good performance in the Premier League and then got a call up in A team where I did well,” the right-hander batsman said.

“I am trying my best and working on my fitness.  The rest is on the selectors. If they think I would be good choice, they definitely will call me up. And if I am called up, I will give my best,” he concluded.