‘I must get opportunity’ 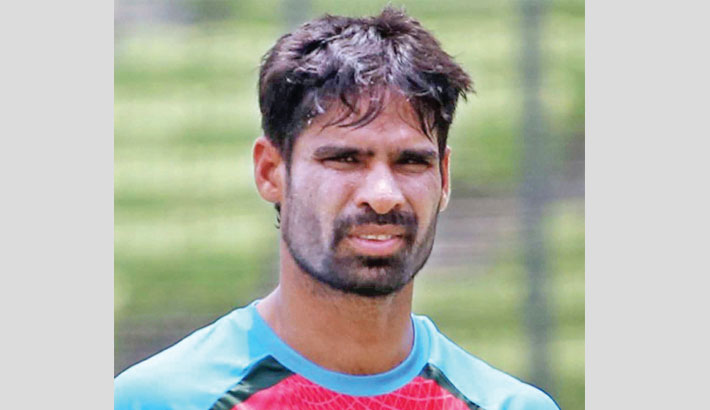 All-rounder Farhad Reza pleaded for an opportunity to make the cut in the final XI and play an International match to show his mettle and match fitness.

Having made his debut in 2006 alongside Shakib Al Hasan, he played 34 ODIs, last of which came in 2011 and thirteen T20 Internationals with the last on 2014.

Since then he showed his mettle in domestic cricket, especially in T20 circuit. Most of his notable T20 performances came in the last Bangladesh Premier League (BPL) after which he got chance in the national team for quite a couple of times but couldn’t make the cut in the final XI.

“I have been working on my fitness and I keep myself ready so that I can show my mettle when my chances come,” Reza said at the Sher-e-Bangla National Cricket Stadium on Tuesday.

“I am waiting. And to be included into the team is not at my hands. It’s up to the team management. What I can do is to perform when the opportunity comes,” he said.  But the question came to the fore whether at the age of 33, can he cope with the pressure of International cricket?

“Ultimately I have been playing cricket since being dropped in 2014. I have been performing in domestic league, BPL and everywhere. You know top foreign players always play in BPL. So how can you judge me if you don’t give me the chance to play in national team. You never know something good can happen. In the last five years, I didn’t get any chances. So how can you say that I can’t do well? In fact I didn’t get any chance, so how can I prove myself,” he said, posing the question.

He said he is ready to make the most use of it and keep himself in the pipeline through his determination and performance.

“You can’t judge a player with just one performance. I have been playing well for the last seven or eight years and this performance brought me here. I think if I am given a chance, it would be good for me,” he concluded.