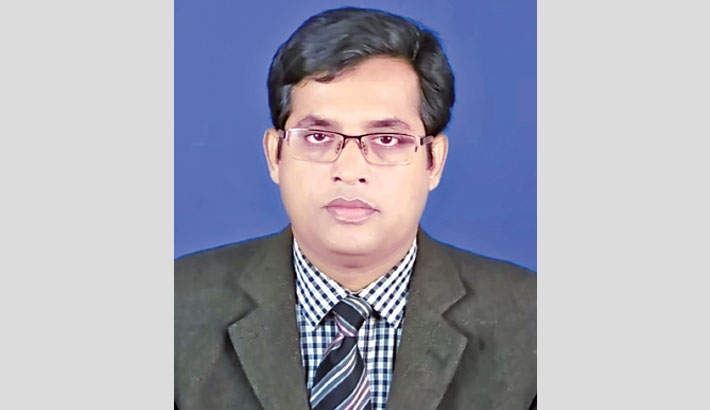 Dengue has transmuted into a word of fair, and anxiety among the people of Bangladesh for the last couple of months. Every citizen is passing their time thinking about the possible outbreak and its devastation. As the day progresses, the intensity of the trauma is taking a serious shape. Most importantly, continuous rain has made the situation even shoddier than it was prophesied before. Excessive rain is helping the eggs to turn into larva and then adult Aedes mosquito. Our previous experience suggests that dengue remained concentrated within Dhaka city only. But, this year, it has spread all over the country.

Very often, we are getting information about the people with dengue from different parts of the country. Even the death rate has been on the rise every day as many patients have been getting admitted in hospitals with shock syndrome which is relatively new this year for the dengue patients. This shock syndrome has accelerated the rate of death of dengue patients. Regarding the total number of people dying due to dengue fever, we have observed a difference between the official numbers and actual numbers. Whatever might be the number, nobody would disagree with the point that dengue has become an upheaval in the country.

Now a pertinent question is: Who should bear the responsibility for such devastation? Typically, the responsibility remains with the Dhaka South and North City Corporations along with the Ministry of Health. Since Dhaka was considered as the most susceptible place for the dengue dispersal, it was the responsibility of the Mayors of the city corporations and the health ministry to take early measures in order to stop the growth of Aedes mosquitoes. The world health organisation along with the health department of the government of Bangladesh in their report suspected that the early and heavy rainfall during the monsoon and rainy season might have helped the spreading of Aedes in Dhaka that may turn into an epidemic in the city. But, none of the city corporations and even the ministry of health took any initiative to stop the dispersion of Aedes other than using fogger machines in a limited scale.

It has been learned from media sources that the insecticides that were used in controlling the mosquitoes through fogger machines did not work as those were of poor quality. It has also been learned that rampant corruption took place during the purchase of those medicines. Thus, a question remains whether the government would take any action against those who remained involved in corruption during the purchase of medicines? I did not notice any initiative of the government in this regard.

One of the momentous letdowns on the part of the authorities is that there have been serious problems of coordination among different bodies within the city corporation and at the ministry level. During the early days when the number of dengue patients started increasing in significant numbers, the city corporation Mayors and other officials did not pay serious attention to this matter. Rather, they remained busy in making sweeping comments on the issue of dengue that has created a negative image about the city officials and the government among the people residing in Dhaka as well as all over the country.

Still today, we did not notice that the city authorities have taken any noteworthy step to purchase appropriate medicines to control the growth of Aedes in the city. We have seen them testing medicines for days and coming out with different types of opinions. It makes me laugh when I see our Mayors struggling to find the appropriate medicines to stop the spreading of Aedes. This indicates that both the city corporation lack suitable and competent health officers having knowledge about the growth and control of Aedes.

Since the issue has already transformed into an epidemic the government should intrude and communicate with different countries that have been found successful in this regard. Of course, we all know that it is not easy to control the growth of Aedes within a couple of days as the live span of the eggs of Aedes is almost one year. When it comes across water it turns into larva. But, at the same time, we will have to come up with a plausible solution to this problem; otherwise, the issue will take a severe shape in the country.

A tendency has been discerned among the city corporation Mayors to shift the responsibility on the shoulders of the citizens as they want the citizens to keep their houses and the premises clean. This is one option to remain safe. But, we need to comprehend the situation of Dhaka where a large number of people are living in the slums with the unhygienic living condition. How do they expect those people to live in safe places? Moreover, the condition of most of the drains is very poor. Do they want people to clean the drains? From newspaper sources, it has been learned that Gazipur City Corporation has managed to bring 25 tons of mosquito control medicines within seven days. Unfortunately, both the city corporations of Dhaka have failed to bring the right type of medicines in the last two months.

The dengue issue should not be considered an isolated and unforeseen one in the country. Rather, the government should contemplate it from a holistic perspective as it indicates that the right people have not been placed at the right places in the administration. There has been a serious problem in the administration at all levels which are indicative of the fact that there is a scarcity of talented and competent persons in the administration who could discharge their responsibilities effectively and efficiently. Ultimately, at the end of the day, all the administrative failures are considered as the failures of the government by the people of the country. The government should ponder the fact that there will be an election in both the city corporations within a year. There is a possibility that the dengue issue might utterly affect the credibility of both the Mayors and the government. If it happens, this would bring further wreckage to the image of the government.

The government under the leadership of Sheikh Hasina has been working hard to take Bangladesh to the next level of development. But, at the same time, it is also true that the government has failed to make a positive mark in different indicators of good governance. In most of the cases, these are due to the incompetence of the authorities concerned. But, unfortunately, very few of them have been punished for their inefficiency. Along with administrative failures, the issue of corruption has also exaggerated the image of the government negatively. Thus, in order to save the image, the government should take serious actions against all those incompetent administrators whose negligence has made the dengue a catastrophe in the country. The severity of the issue has reached such a level that citizens have restrained their mobility for fear of being affected by dengue. It is the responsibility of the government to assure its citizens to live with dignity and without fear. Thus, in order to ensure these, the government should handle the issue with great care and punish those who were the perpetrators. If they could manage to do it would accelerate the process of ensuring the accountability of the administrative authorities. For the last few months, we have noticed that every issue in administration requires the Prime Minister’s interference. In such a situation, what is the rationale of carrying these inefficient people in administration? It is high time for the Prime Minister to rethink whether she would continue working with such unskilled group of people or decide to through them out. Carrying these people would put her administration in the further devastation.

The author is the Professor of Public Administration and an Additional