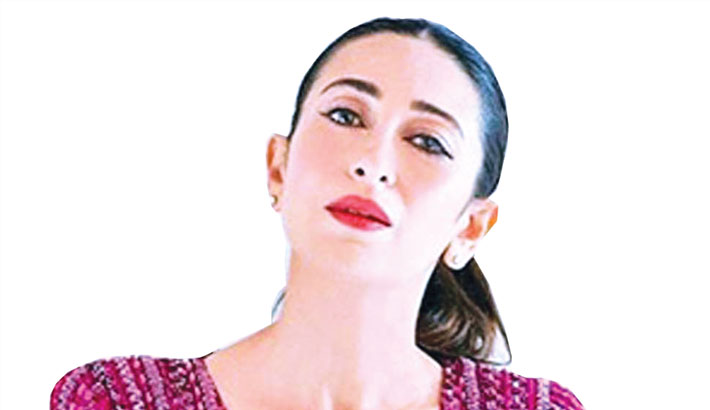 Karisma Kapoor had once again graced the sets of the ongoing reality television show Dance India Dance: Battle of the Champions to replace sister Kareena Kapoor. The latter is busy shooting for her film Angrezi Medium opposite Irrfan Khan in London, reports Bollywood Hungama.

Karisma Kapoor was mighty impressed by Soul Queen-the all-girl group. They performed to her nineties chartbuster, ‘Jhanjariya’, from the Suniel Shetty co-starrer Krishna. The performance jogged her memories of the song. Talking about shooting the song, the actress recollected, “For the male version, we shot in the desert in 50-degree heat with sand flying into our eyes. The female version was shot in Mumbai in three days and I changed 30 outfits. Every look was different and the steps were tough. In that sense the song was iconic.”

It was Andaz Apna Apna special episode and Shakti Kapoor was a special guest on the show. Shakti Kapoor played the iconic villain Crime Master Gogo in the film, while Karisma Kapoor played one of the main female lead along with Raveena Tandon. The film also starred Aamir Khan and Salman Khan in the lead. The host of the show Karan Wahi shook his leg to his favourite song from the movie Ye Raat Aur Ye Doori along with Karisma Kapoor.