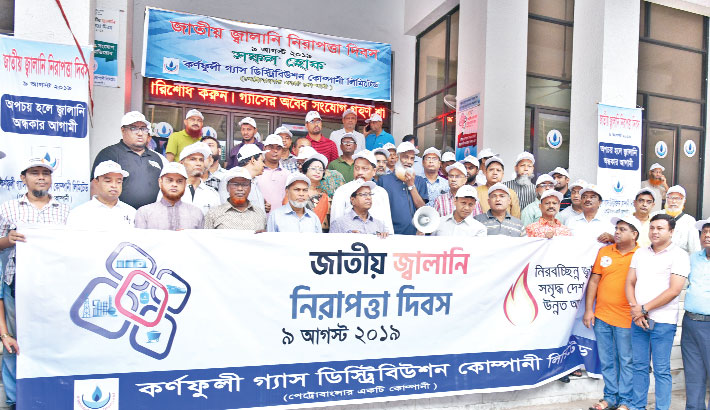 They brought out a colourful procession from in front of the KGDCL office marking the day on August 9. Officers and employees of the organisation participated in the procession with banners and festoons.

They later held a rally in front of the office when KGDCL Managing Director (MD) Khaiz Ahmad Majumder delivered speech.

The MD Khaiz in his speech said that after independence of the country, Father of the Nation Bangabandhu Sheikh Mujibur Rahman introduced government ownership in energy sector through procuring five gas fields from Shell Oil Company on August 9 in 1975.

The gas fields have been contributing to the country’s energy sector to a great extent since then and the day is being observed as the national energy security day, he said.

The MD informed that the government led by Prime Minister Sheikh Hasina has also taken multi-dimensional programmes to increase awareness regarding misuse of energy and ensuring the energy security. The new era in the energy sector has been started through import of liquefied natural gas (LNG) for supplying uninterruptedly to different sectors, he said.

The government has also kept efforts continued for gas production, infrastructural development and searching of new gas through digging new wells, he added.

KGDCL general managers, leaders of CBA and officer’s welfare association were present at the rally among others.